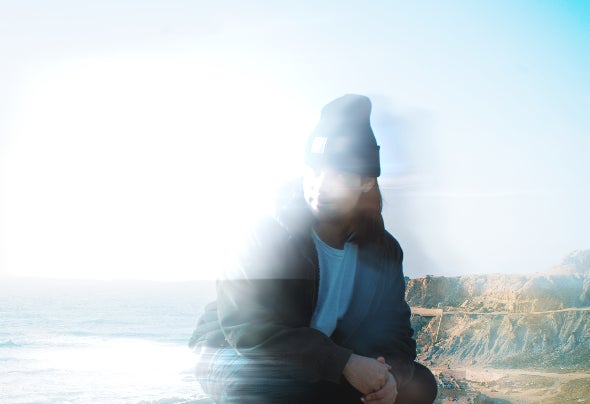 Currently based in San Francisco, California, Marshall Smith has been releasing music under the Farsight moniker since 2016, making his debut with the ‘Wisdom’ EP on Bristol-based label Prjkts. It set a precedent for what was to come from the vibrant producer as, over the last five years, Farsight’s sound has evolved and developed in line with the continued exploration of his practice and personal life transformations. This continued exploration is evident within his chameleon approach to production, tapping into different global styles for each release. Kicking off with the UK hardcore continuum on ‘Wisdom’ where you will find dubstep and grime influences, Farsight followed up with ‘Oaktown’ on Scuffed Recordings which saw him looking closer to home, playing with trap and jersey club elements. To explore this further, Farsight’s next major release on Belgian label Maloca Records, ‘Not Here, But Somewhere’, looked to the globally emergent sounds of reggaeton and dancehall. All the while, additional releases on [Re]sources (France), WILE OUT (Australia), and Sapyens Records (Czech Republic) have garnered support from the likes of Batu, India Jordan, ZULI, Moxie, Om Unit, Doctor Jeep, Emerald Rose Lewis, Jaguar, Fauzia, Jossy Mitsu, Yak, Breaka and many more. Outside of the musical realm, Farsight’s creativity is fed and nurtured through his environment and studies. Following a relocation in 2020, Farsight found himself in the midst of the sprawling hills of San Geronimo Valley, where he reconnected with nature and nurtured his pursuits in contemplation and composition. He also entertains a deep interest in abstract painting, often spending his time researching the work of past painters while developing his own practice. References to painters are scattered in Farsight’s productions like hidden Easter eggs. For example, on ‘Not Here, But Somewhere’ specifically, allusions to artists such as Clyfford Still, Morris Louis, Kazuo Shiraga, Sam Francis and Willem de Kooning can be found. Continuing to shore up an already comprehensive back catalogue, Farsight’s ever-evolving sensibility keeps you on your toes, never allowing itself to be pigeon-holed to one style. Although one cannot be sure of what the next chapter holds, you can bet that it will be fresh and vital, shaped by Farsight's centred, bubbly and colourful personality.