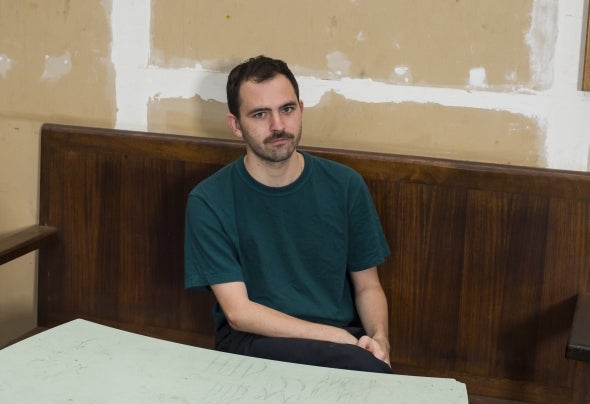 Konduku (real name Ruben Üvez) may have been born and raised in the Netherlands, but a small part of his heart will always be in Kıran, a picturesque hill in Avanos in the Cappadocia in Turkey. It is there that you’ll nd his ancestral family home and, more poignantly, the grave of his father, who helped spark the 26 year-old DJ/producer’s love of music. Konduku’s love of Kıran is so strong, in fact, that he named his debut album after it. That album, released by acclaimed Dutch label Nous’klaer in the spring of 2018, not only announced Üvez as a major musical talent, but also delivered a percussive and atmospheric distillation of the newcomer’s artistic inuences. There’s the love of Turkish percussion, jazz time signatures and polyrhythms inherited from his Ankara-born musician father, his mother’s time spent as a Balkan folklore dancer, and the picturesque natural beauty of Kıran itself, captured not only in the album’s drifting chords and gentle melodies, but also the hundreds of images that Üvez has taken as part of days spent indulging his passion for photography (he completed a Masters degree in the art form). Like many artists, the producer tries to nd beauty in any situation and accept the World as it is. The exploration of rhythm and groove is arguably the distinctive feature of Üvez’s current DJ sets. His style is percussive and high energy, offering a blend of “quick mixes” – long the dominant DJ style in British bass music – and long, drawn-out and layered blends that ratchet up the hypnotism and create alluring new hybrids. Alongside his British inuences, you’ll also hear intoxicating dub techno, mid-2000s Italian techno, locked-in Eastern European minimalism and classic, turn-of-the-century tech- house, when the expression of Detroit’s futurist inuence was at its height. This musical mixture, coupled with Konduku’s obsession with drums, combines to create sets that not only inspire dancers but also live long in the memory.