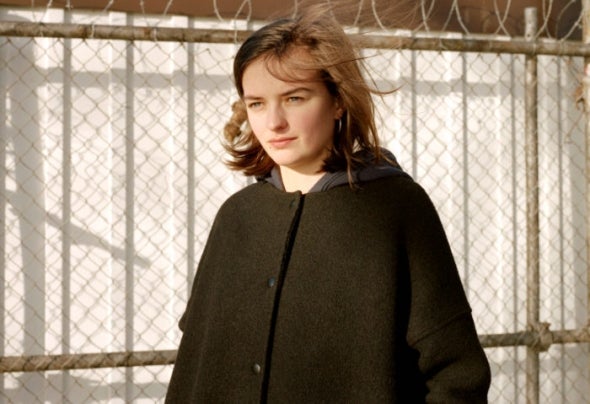 If you took a trip to the dense forests surrounding Amsterdam, there’s a fair chance that you might bump into Thessa Torsing, better known as upsammy, one of the most talked-about young DJ/producers on the Dutch electronic music underground. While the gentle hum of nature might not seem the greatest fit with the futurist electronics, body-jacking rhythms and clandestine aural textures that surge from upsammy tracks, it’s often where Torsing looks for inspiration. Head out to those woods at night and you might spot her gaping in wonder at the way car headlights dance across the branches. Torsing first rose to prominence DJ’ing in Utrecht, where she gained recognition for playing sets that giddily sidestepped musical conventions. She soon began to pick up regular bookings in her home city, Amsterdam, playing regularly at De School as well as BAR in Rotterdam, and Robert Johnson and Panorama Bar in Berlin. Check out an upsammy DJ set and you’ll be treated to a surprising and dynamic blend of experimental electronic dreaminess, spatial soundscapes, sci-fi inspired techno, raging body music and intense, electro-fired workouts. If you listen closely enough, you may hear subtle nods towards some of Torsing’s musical inspirations. The first upsammy productions began to appear in the autumn of 2017, though Torsing has been making music – first as a guitar player and bassist in bands, and later as a solo producer – for the best part of five years. She rightly received praise for two superb contributions to Nous’klaer Audio’s sell-out Paerels compilation, leading to a debut solo EP for the same label, containing a mixture of robust electro jack-tracks, crystalline electronica and otherworldly ambience. Further releases on Die Orakel and Whities manifested her status as one of dance music’s most exciting new producers. 2019 was another positive year for Torsing. With two further releases, Wild Chamber LP on Nous’klaer and Branches on Ice via Die Orakel. looking ahead to 2020, upsammy is concentrating on doing what she does best: channeling natural inspirations into mind-altering music and unique, otherworldly DJ sets.