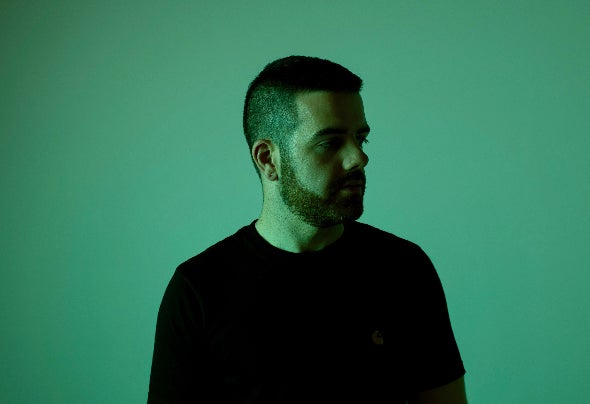 Space Dimension Controller is Mr. 8040 from a planet called Mikrosector-50. OK, he might not be, but his musical storytelling is so evocative you'll be happy to believe him anyway. His highly conceptual style is as cinematic and widescreen as the film music he once dreamed of making. It has given rise to critically acclaimed albums on R&S and Ninja Tune and always soundtracks self-penned and emotional stories of space flight, cosmic exploration and intergalactic adventures. His music is an absorbing mix of electro-funk, 80s pop, acid house, sci-fi ambient and astral disco that is both cerebral yet propulsive. Space Dimension Controller's first album proper, Welcome to Mikrosector-50 was, in his own words, "proper 80’s B-movie sci-fi shit," and, he says, is a sound he might return to in the future following Love Beyond the Intersect. That latest album was a hyper-personal reflection that drew from Space Dimension Controller's own life, meeting his wife and battling to sober up with her help that resulted in his most mature and emotionally involving work yet. Space Dimension Controller's sound was fully formed as far back as 2008 when he was experimenting in his bedroom. Since then his ability to coax narrative from his tape machines, synths and hardware has continually evolved and given rise to EPs for Royal Oak, amongst others, and remixes of Model 500 and Anthony Shake Shakir. As a DJ, Space Dimension Controller likes to reset the mood and set off in his own direction. Small dark spaces are the best canvas for this, and from there he journeys though all his influences in smooth fashion, with tempos rising as he shifts through 80s, disco, acid tech, IDM and house. A new live show is currently in the works that will feature live vocals, vocoder and plenty of synthfunk sounds from another galaxy. That is, and always will be, where Space Dimension Controller resides, and where you will be when in his company.