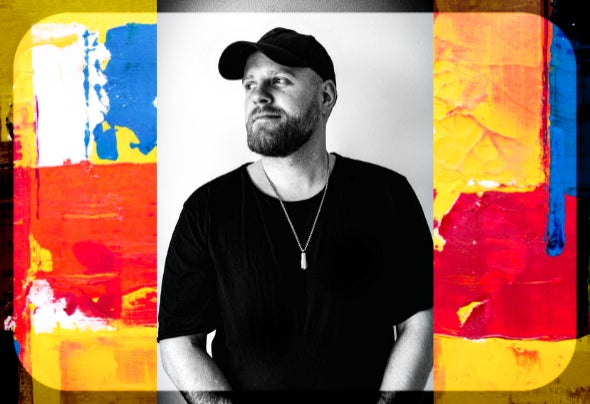 Originating from Lithuania, Juras Dauksas is rapidly establishing a name within the Organic House scene. With his collaboration with Riigs ‘A Million Pieces’ firing towards the top of the Beatport deep house chart, his sound is finding its way into the hearts and record boxes of both DJs and fans. Inspired in his youth by rifling through the mixes of DJs such as Digweed, Sasha and Lithuanian producer Kastis Torrau, Juras would soon be eager to experiment. His relocation to Copenhagen allowed him to explore the cities thriving music scene and absorb influences However, it was not just dance music that influenced him; listen closely and you can hear the mystical soundscapes of lm composer David Lynch.. Now he works with organic textures, Foley sounds, ethnic percussion and the sort of other worldly melodies that are rapidly finding favour with the likes of All Day I Dream, TrybesOf and Anjuna Deep. Emerging as a major player in the organic house community, connection and collaboration are key. His Solar Kings project with Arkatekt sees him explore Native American, Afro House and Amazonian sounds. With releases out on labels such as ICONYC, Another Life, Future Avenue, Keep Thinking , Oh! Records and Harabe Lab, his reputation is rising. It is clear with his brand of uplifting Organic House, lush atmospherics and bittersweet melodies he has found a sonic imprint that will light up euphoric dance floors and connect to new fans. Submerge yourself in the sounds and let Frømme take you on his voyage.