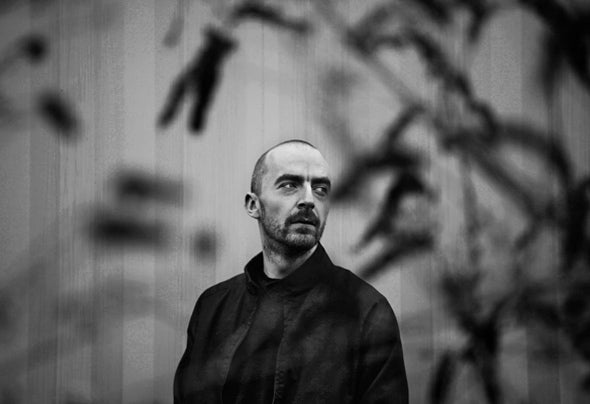 Electronic music is a secret and complex art: It lives on chaos and paradoxes, clashed histories and dark sides. So is Nhar’s musical algorithm. Coming from the flourishing southern techno scene, the artist has developed a personal universe on the fringes of techno and minimal house on labels such as Modélisme, Mobilee, Plak or Correspondant.This sphere of activities takes us back to several legacies including, first of all, the original scene, which served as a big bang to electronic music in France. Indeed, Nhar awakens to electronic thanks to the southern rave scene, which since the early nineties is one hub of a kind in Europe owing to its leading events (Boréalis, Dragon Bal) and hyperactive collectives. Drummer in a metal band until he was seventeen, the artist then plunged into that breeding ground of activists and artists: the right time to combine the best tendencies from a booming European scene at that time. Soon he composed his first tracks. His first projects are released with 22 Crew; the duet formed with Kevin Scherschel, esteemed artist whose latest LP 22:22 has been released on Edelweiss/Module. An artistic potential emphasized with two EPs: The first one released on Modélisme, Sébastien Bromberger’s exemplary record label, the second one is a partnership with, Parisian figurehead DJ, Jennifer Cardini on Dirt Crew.Precisely at that time, the southern scene got its second wind owing to BarLive relentless activity, which has marked the French electronic scene until its permanent closure in early 2009. The after party venue in Montpellier whose fame has spread far and wide, offers him a regular residency. For three years, it allowed Nhar to hone his musical vision: “ BarLive surrounding brought about some change in my mixing style. There, I realized thanks to club music, I was able to convey more than rhythm, a real emotion”.The period coincides with the first releases under his solo alias, on best European labels: Mobilee, Plak, Meerestief, Bambù, Time Has Changed, Mina, Kina, Soniculture, Wir or Factor City. A collaboration with Cebb/Sébastien Thibaud an a remix of his track Nothingness by Falko Brocksieper, minimal techno leading light, are worth noting. At the same time, the artist remixes British pioneers Silicone Soul on Soma, Pablo Bolivar and Citizen Kain on Regular or Billy Dalessandro on Soniculture.In 2006, Hexoflip on Mobilee (Anja Schneider’s label) seals Nhar’ style: a deep and hypnotic techno emphasized with a spectral voice. It conveys an original flavour to the tracks, a kind of “melancholy euphoria” retaining a vivid but ghostly hint of humanity. Until then, it has become the producer’s trademark: a vocal chaudfroid establishing, on the artist instructions, a connection with his early dark- sounding musical background. So new influences have been added to electronic parameters such as those heard on Close Up, a groovy and at the same time almost neo-romantic track or Thelema, signed on Correspondant Jennifer Cardini’s new label: “instead of composing countless tracks of tech house and cold minimal, I’d rather turn towards more authentic trends”. Like Dante, mentioned on the eponymous track, Nhar explores, with a deep voice against a background of enveloping electronic music, untapped resources of human emotions.