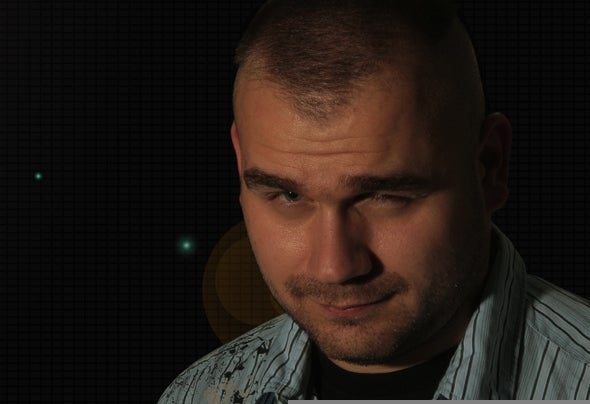 Dexter Curtin, the hopeful Leipzig based talent in the matter of progressive House lets the dancefloorgets quake over and over again with his hypnotically pumping sound. His long appearances are very expressive as well as full of different sounds and unbelievable Mixing-Skills taking you on an unforgettable trip of the ultimative groove.“ says the director of UMP3 Magazine. Dexter Curtin understands his sets as a musical journey throught the facets of electronic dance music. They are characterized by heights and depths by change of mood or tact, which are gliding composed and take you on this tour. Quite discreet intrusive dexter's sound packs you and does not let you stand still any more. Already since the early 90s Dexter is marked by electronic music. Yet, when he went to basic school he was of keen of the dance sound broadcasts by Marusha on radio DT64. Later on, at the tender age of 15 years he started to try out himself on the turntables. At that time he played primarily Techno and House. The first appearances he had at smaller events and Afterhours. There discovered, he was invited to the respectably club "Distillery". Many performances at various Leipzig bars and smaller clubs followed. And just a short time later he played at bigger events and clubs like „Jazz in Fusion“, „House Arrest“, „Lagerhof“, „Distillery“ and mandy more. In addition to DJing he did not let his activity as an organizer break off and organised with different crews middle and bigger events with artists like T.Raumschmiere, Supergeburt,Jan Solo (U60311), Innocent Lovers and DJ Schnicks (U60311, Quariat). Beside several Podcasts and mixingseries for UMP3 he was always a inherent part of the UMP3-parties in the whole of Germany with Artists like Steve Gerrard, Gabriel Ananda, Richard Bartz, Mike Väth or Cio Dor. From September to December 2005 Dexter played once a month in Aquatower Duisburg and brought the crowd to the melting point, regularly. Several appearances in some German cities were followed by a lot of residencys in different clubs in and around Leipzig. Despite this Dexter started his Residency at Cospudener See and spins his records regularly at Beachlounge or Strandblick until today. Meanwhile he plays every month at the Chillum in Leipzig and spoils his guests with his exquisite sounds. In addition, Dexter is a inherent part of the "Club:machine" events at the so called „Landschaftspark“ in Duisburg since 2007 and Resident DJ of the Clubbing Deluxe parties in Wesel. Since December 2007 he works with his production partner Timo Manson regularly in the studio to produce new sounds and own tracks. The first official releases are the track "JACK" and a Remix for Coarts on the label Infaces. In 2008 both founded the label Audiodevot and began to sell their own tracks worldwide. Encouragement came rather quickly and the Sublabels „Music city“ as well as „beachlounge“ were founded. In October 2009 the first artist album of Dexter Curtin & Timo Manson was released on Audiodevot Recordings. An Album containing everything from techno to deep house. One Track of the album called „Old Life Can Go“ was voted on top ten of a samsung music contest and later on signed on a marketing cd of samsung. Some time after this the duo called for a remix contest of the track and released the best remixes on their label audiodevot. The first international effort came with the single „Traffic“ signed on the Miami based label Four Peas Recordings in 2010. This goodie was followed by another one called „You Can Dance“ in 2011. Still today the duo cruises through the deepness of their soundbases and beats to create new songs and tools. So be curious, what will come next.