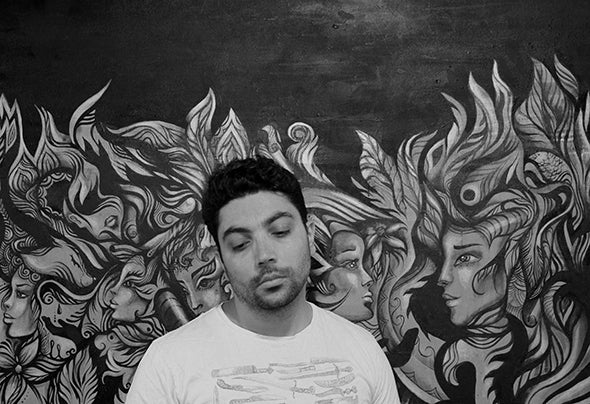 Trained in classical music as a child, Borzoo’s DJing break didn’t come until his university days in Dubai in early 2000s where he was working as a photojournalistfor a nightlife magazine, which gave him the opportunities to be part of Dubai’s booming scene at the time where, half dozen heavy weight DJs were flying into Dubaion a weekly basis.He then started his own club night at Dubai’s only truly underground club at the time, iBO which quickly led to him getting picked up by city’s top promoters to do warm up slots for the international headliners in parties such as Renaissance andShindig, playing major clubs in the region.An architect by trade, he continued DJing and making music on the side after movingto Toronto in 2008, but things really kicked in gear after 2011 when he started Cabal in Toronto, an intimate club which gained a lot of respect for its avant-garde bookings, and great intimate vibe, and continued to organize parties and festivals after it's closure in 2016.Despite running Cabal and gigging in other clubs and festivals, Borzoo has managedto clock some time in the studio and has a few originals and remixes released on German and Dutch labels Kindisch and Techfui as well as Toronto’s Scardinius and continues to evolve and grow in his beloved scene.