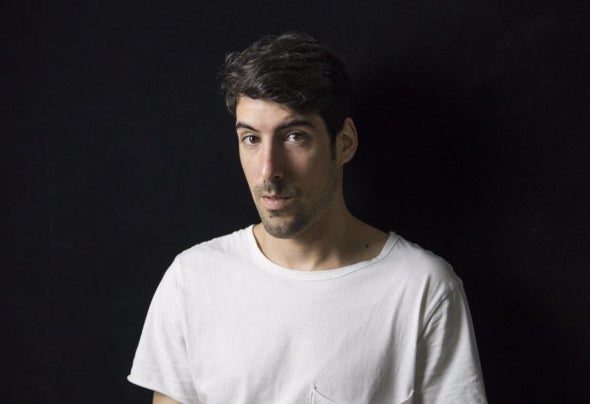 His passion for music and rhythm began at an early age when his dad introduced him to Rock & Roll. His early years were embodied by melodies and guitar solos, followed by an early youth within the south of Spain. This led to him being influenced by 2 main styles, techno and break beat.It was his trip to Ibiza in 2007 and the boom of Minimal what consolidates his BPM slower both in his tracks as well as his sets. Long hours of work, creating, mixing and searching for unique sounds, have given birth to a versatile artist with a unique style. In 2012 he enters the international stage thanks to the support of artists such as Cajmere, Oscar L and Karim Haas.In 2014 his career goes through an inflexion point. Renown artist such as Marco Carola, Nicole Moudaber, Stefano Noferini, Joseph Capriati, Mendo, Richie Hawtin, Stacey Pullen, Dan Drastic to mention a few start playing his tracks and branding him as new talent. During that year he also starts a residency at the emblematic Ibiza club: "Sankeys Ibiza". The following year, the influence of Marco Carola as well as his travels through Asia continue to influence his musical creations.Pepe also has his own label Flow Musique Label along with his dear friend Davirus. A label where 3 musical styles coexist: Tech House, Tecnho and Electro Techno, and which bolsters a roster of over 70 producers such as: Sven Tasnadi, Agent!, Wilian kraupp, Pablo Say, Zlanitchi, Luciano Esse, David Pher, Gruuvelement’s, Ben Grunnel, Horatio, Gianluca Caldarelli, Larisse Van Doorn or Tony Dee.Pepe is currently established in Asia but always keeps an international outlook. He’s an artist you should keep your eye on, both due to his past work and the work still yet to come. Charismatic and charming, a declared lover of deep bass, and as always, the guitar solos of his childhood that will always ring in his head.