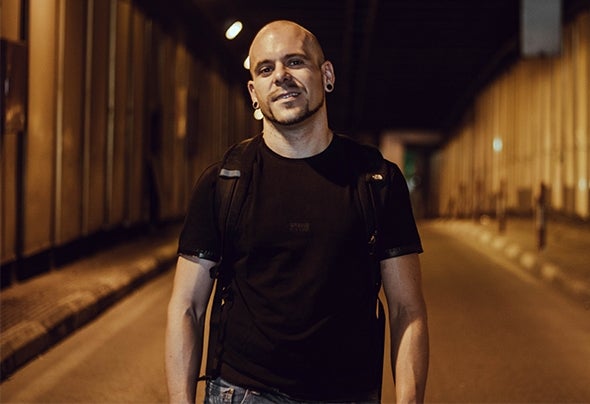 Furia is the stage name of Marco Octavio Gómez,also known as Marko Octavio.Sound engineer, music producer and DJ.At the early age of 5 he began to study at the conservatory of music.After studying solfeggio, there were no places in the conservatory of music for piano, he was given place for violin, having to leave music aside in the conservatory.He began to study private piano and organ lessons. This is where his creativity grew, performing piano and organ concerts, launching his own drums, at the age of 9. At the age of 20 he began to play with vinyl in the most important halls of Madrid, demonstrating his talent.He became a resident of the most important clubs and venues in Madrid, Club 7 Madrid, Sala Bash, Sala Wind, Deep Madrid, One, Fabrik. He also dedicated his time to the famous Raves celebrated in Madrid. He has performed with artists such as Marco Carola, Uner, Psyk, Los Suruba, Dorian, Lee Van Dowski, Martin Landsky, Kabale und Lieb, Kasper & Papol, Wavesound, Jesus Riaño, Elesbaan, Pelacha,...His rst references in Beatport were with aka Marko Octavio, and later he joined another producer and worked on a common artist called Dynametrik. In 2008 he released his rst productions on the labels Cuatro Records, 7 senses, 808 recordings. His life as a producer took an unexpected turn, and he was working as a producer of various genres for major record companies.Since 2017, he has been working on the musical concept he wants to transmit to his new audience. And it is in this year 2018, where Furia launches its new label XTR records, where it wants to de ne a musical line, different, sentimental, dark, deep, with energy and full of emotion. Songs that make the listener who is behind the helmets feel alive or enjoying his music in a festival or club. He combines his activity as a producer with that of a teacher, being a teacher and maximum responsible for the Electronic Music Certi cates at Sae Institute Madrid.