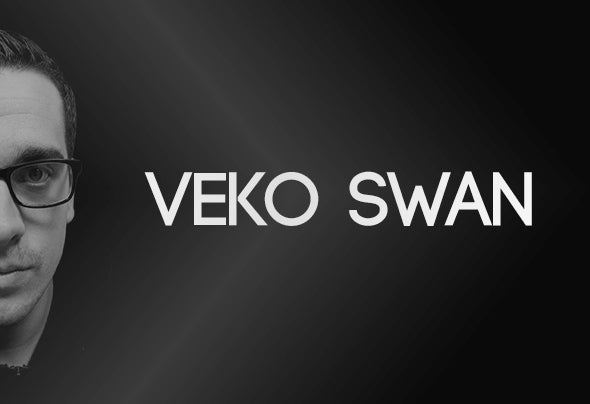 Josué Callau, also known as Veko Swan, is a spanish DJ and producer of electronic music. His career started as a DJ in 2006 and throughout this whole time he has been evolving his style and perfecting his music techniques. In 2009 he began his academic studies at SAE Barcelona as well as his work as a sound engineer for different artists and record labels. His versatility and connexion with the public gave him the chance to play in different important clubs and festivals, for example in Pacha, Kal-Kat, Mina CS and Matuquin Festival between others. His sets characterize him for being able to guide the public to experiment a exponencial music journey. From Deep House to Techno his lives are adaptive, with a great dynamic, to any event. As a producer he has touched a lot of different styles in the electronic music. He has very diverse works published in very well known labels like Kontact, Mazzinga Records, White Music Records, Yaiza Records and Habitat Label between others. While accomplishing Top sells with his music. Since 2016 he lives in Valencia, where he works as a teacher in Yamaha Music School, teaching classes of Ableton Live, electronic music production, mixing and mastering. The same year he opened his own professional mixing and mastering studio, Neun Studio, also located in Valencia. Currently he balances his work as a teacher with his work as a sound engineer, DJ and electronic music producer.