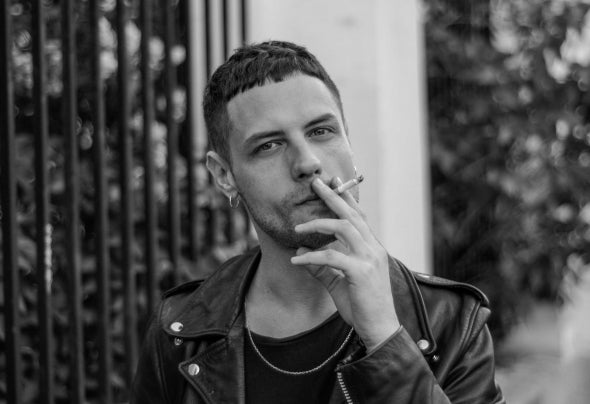 Skelesys is a versatile, ever-evolving and particularly cutting-edge artist. Born and raised in Buenos Aires, Argentina. Besides his passion for painting, electronic music has become the center of his artistic life – he’s a producer and live act with a strong musical background inspired by Hard Rock, Punk, Synth Pop and science fiction or horror movies. Playing drums at the age of three became his first love. After several years of playing in live bands, producing electronic music has opened a whole new world to him that would change his way of hearing, composing and feeling music. His sound could be defined as haunted and effective, the result of a delicate and neat mixture of disco with techno, marked basses, always accompanied by thriller melodies and subtle grooves surrounded by darkness with a stripped down futuristic vibe