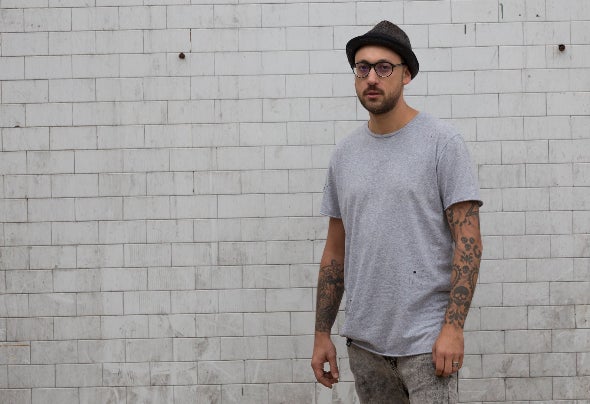 Born in Ancona, Italy, Manuel De Lorenzi developed a passion for music at an early age. At just 8, he began studying keyboards and listening to his fathers collection of soul and funk 45's . At 14 he bought his first pair of belt drive turntables and developed a passion for playing and making house music in his home studio. His later securing of a late night radio spot enabled him to hone his craft behind the decks , developing a style which would gain him to a residency at one of the Adriatic Rivieras most famous nightclubs, Aqva Disco Villlage. He has worked with many Italian and foreign clubs including: Echoes, Riccione – Cocoricò, Riccione – Prince, Riccione – Cellophane, Rimini – ECU, Rimini – Juice, Firenze – Cherry Jam, London – Guilty, London - The Egg, London - Golden Gate, Berlin - Sysiphos, Berlin - Kit Kat Berlin - Hoppetosse, Berlin - Crack Bellmer, Berlin - Folklore, Lausanne - Audio, Geneve, ect...As well as a regular residency at the Italian Music Conference, Rimini. His own fortnightly Click House Club would prove to be some of the formative parties on the Italian electronic scene. Also resident at the best and known after party in Italy called Buongiorno Classic in Rimini. He describes his music as minimal which goes from house, deep to tech with some funk and sexy influences. Since 2006 he makes productions with the aim of always pushing the boundaries of his sound. His music has been released on labels such as Immigrant, Moss Co, Politics Of Dancing, Moan, Kindisch, Bamboleo, Inmotion, Playgroove, Bond Records, 8bit, Highgrade, Catwash, Rawthentic, Moan, Sleep is Commercial, Half Seas Over, Kina, Little Helpers, Innocent, Cyclic, names a few. Since 2013 he runs his own label called Monday Morning along with his close friends Samuele Pirani and Paul Dc. Since 2017 he’s also owner, along with his good friend and partner Giacomo Silvestri, of Deco Records. Deco is their platform to express all the fresh ideas and rolling grooves only on vinyl.