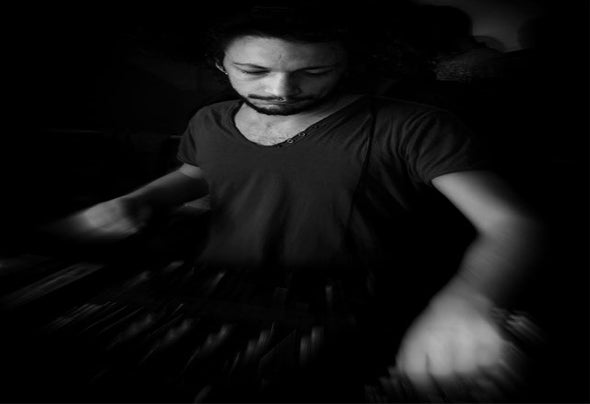 After the success of his duo project "Outart" with more then 20 releases in some of the most important Labels around and after playing in clubs such as Fabric London and Week- End Berlin , Fabio finally begins his solo project "Rush Arp". His aim is to explore and leave a mark in the underground scene. The impact with his new reality obtains in a very short time reconisements from critic and audience. His first stepping stone was the release in Andres Bergeman's label Moral Fiber, but in 2014 Fabio has already signed for labels such as Leone music , Inmotion, Yoruba Grooves, plus he will also have a vinyl release in Berlin Roundqubemusik. Introduced to music very young, at this stage of his life he decided to begin his personal research in the music studio to express his talent and his passion. His music is a very complex deep- techno, his sound is influenced by intellectual Romanian music , combining organic dark but very sophisticate sounds. The most influential artists for him are legends such as Ricardo Villalobos and Petre Inspirescu.