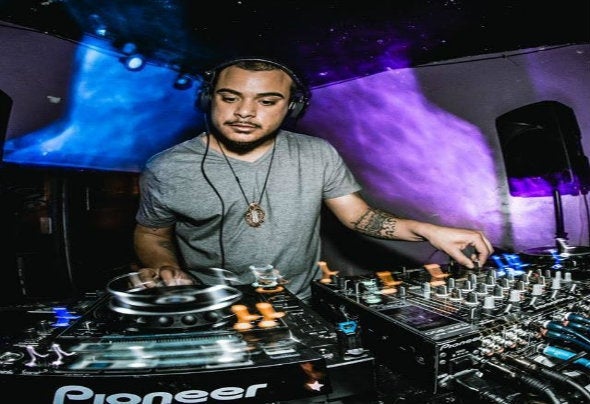 Michael Rosa makes music that brings bodies together in blissful motion on the dance oor. With every sonic vibration, the Denver-based producer’s vision of community resonates in the soul of every audience member. Raised on the breakbeat, hip-hop and freestyle of a bygone era, Rosa utilizes his formal training as an audio engineer to craft house and techno with an almost tribal groove. An infectious swing permeates through every enigmatic rhythm.Rosa also branched out into vinyl-only releases in 2015. His remix of Duky’s “Creatures of the Ocean” sold out within a month of being pressed, and “Tennessee Confessions” came out on Still Play Records with remixes by Julie Marghilano and Synkrone on the ip. 2019 marks his 3rd vinyl release. At the beginning of 2015 Rosa made his long-awaited Desert Hearts debut with a “re-smash” of “Another One Bites The Dust” by Queen. Later in the year, he released an EP titled Sound Engineer through the label, With his Abu and Numb ep to follow in 2017 and 2018. Also a edits ep 'What have you pumped for me lately" in which was heavily supported by jamie jones and many other heavy hitters. As a label boss, Michael Rosa has facilitated releases for the such artists as Mikey Lion, Coriesu and Hernan Bass, Herck an many more via Early Morning Music, In 2018 Rosa also launched an artist imprint called Strange People, releasing artist such as Jay tripwire, Lubelski, Cicuendez, Tripio X, Julia Niko, Prince L. To date, he has also put out originals and remixes via Draft, RITMIK Records, My First Love Record, Malicious Smile, Lowroom Recordings, Natural Beat Recordings, Sound Revolution Records and Kanja Records, and most recently his heavy hitter ep 'House Party' which was charted by Loco dice in november of 2018. A dance music fan longing for more sophisticated sounds would do well to follow Michael Rosa