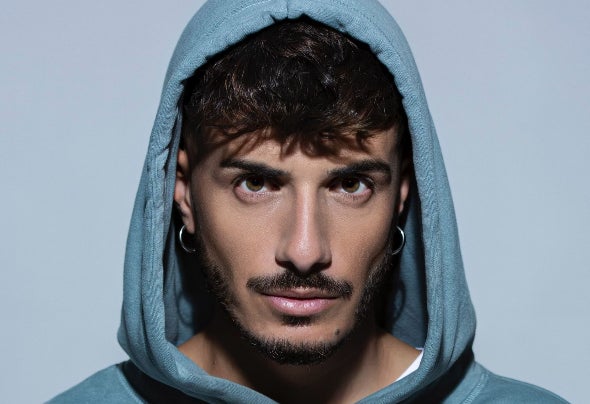 It is not frequent to see an artist who emerges from nowhere and becomes someone capable of revolutionizing the market. Wade, who was born in a small town in Spain, evolved with giant steps in a few years. He grew up in a humble neighborhood where it was usual to hear flamenco music and drum rhythms everywhere; gypsies tapping, guitars coloring summer nights and palms to the rhythm of southern Spain. From a very young age he was passionate about music, not just electronic but any song that had harmony and rhythm made him float. Wade did not stop until achieving his goals, having produced music for labels such as Universal Music, Atlantic Records or Black Book Records. If you've ever heard him as a DJ or producer you'll know what I'm talking about. When it comes about his style, we can admit that its quite unique, mixing convincing rhythms along with hip hop details, such as vocals, percussions, etc. He has worked on tracks together with great artists like David Guetta, Joel Corry, Solardo or Cloonee. Wade gained the visibility not only because of his top positions on the Beatport charts in the last years, but also thanks to the high numbers on streaming platforms such as Spotify. His sets, from distant Australia to any club in southern Argentina, are loaded with a lot of energy and passion. Wade's mission is to enjoy with his audience the music he loves, transmitting a state of fury from the very beginning till the end, creating a steady beat alongside electric rises that blow up the dance floor every time. In 2020 he created his own brand Criterio throwing a Sold Out All Night Long event at Fabrik Madrid. One year after, in 2021 and with the collaboration of Universal Music, Criterio became a record label releasing to the market the music that Wade loves the most. On this platform you will find high-quality electronic music songs produced by the most powerful artists of the moment. Innovation is a daily and essential mission for Wade, without leaving behind his constant work. Listen carefully to Wade, in a club, festival or just from your sofa at home, the party will be guaranteed.