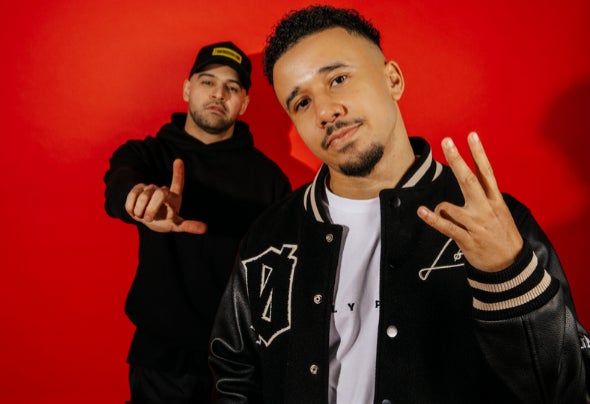 When a pair of London lads list The Queen and Maradona as key after-party attendees, you know there is a unique energy running through them. Kas and Josh, better known under the moniker Late Replies, are the true embodiment of energy and greatness and this sentiment is echoed by the story of how they came to be known as Late Replies: “I (Kas) called up Josh and said 'Yo, I can pass for a lightie right now (it was summer). Lighties always reply late...that’s us, Late Replies' - and it stuck.” The lads infectious energy translates into the music they champion, when they are DJ'ing, the grooves they craft in their studio and the smooth ass tipple they sip, in their good friend Hennessy. The duo have become ubiquitous - just as much for their energy and humour - than they have for the slew of percussive house grooves churned out with precision. It is clear to see they are more than just friends, feeding off one another's energy they epitomise family spirit and family is where it all began for these two, both encouraged at an early age by their parents to learn instruments in the Oud (Kas) and Piano (Josh). Their musicality shines through in their productions, which is why it is no surprise they have already landed chart topping hits on dance music's premier platform Beatport, reaching the overall number one spot and the tech-house number one spot. Whilst these two North London lads are destined for greatness they also possess humility, listing their favourite past-times as spending time with family and friends, watching boxing, UFC and their beloved football teams Arsenal (Josh) and Manchester United (Kas) in action. Strap in for twelve rounds with Late Replies and see if you can last the distance with these energetic lads, it is going to be one hell of a ride!