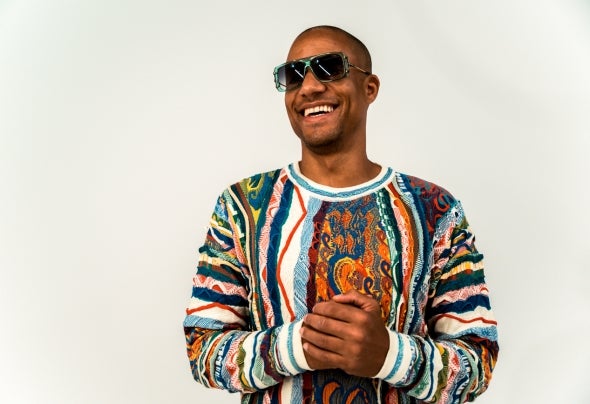 Dancing all night and experiencing a feeling of community and togetherness is something countless generations can relate to. Ben originally fell in love with house and techno in his late teens losing himself in the music and exploring his deep-seated passion for electronic music through self-expression - namely, raving.Ben spent many years on dance oors back home in Germany and in the UK.As time went on he became more involved behind the scenes, progressing from the dance oor to the decks and into the studio. Having a solid grounding in club culture from such a grassroots level means Ben's connection with the dance oor runs deep, likewise his studio endeavours are aimed squarely at those who dedicate their time to dancing the night away. A Berliner born and bred, Ben moved to the UK originally to study.He immersed himself in the highly in uential east London party scene, having made the decision to dedicate his life to pursuing a career in music. While Ben was living in the UK, Berlin had become the global epicentre of house and techno and he felt a strong calling to return home. He decided to move back home to build a studio and returned to Berlin with a fresh outlook , a renewed desire to succeed to truly pursue his dreams.In 2016 Ben took charge of his destiny, setting his focus on his self-release imprint Inkal and sister label Meta. Both labels continue to grow in stature with every release, topping record shop charts and resulting in multiple represses for each offering.Ben continues to build his reputation in the studio as a producer to watch out for and as a DJ equally at home in the club and bigger stages.With such a strong foundation, an unerring passion for his craft,Ben continues to garner the attention of tastemakers and clubbers alike onto the Global stage.