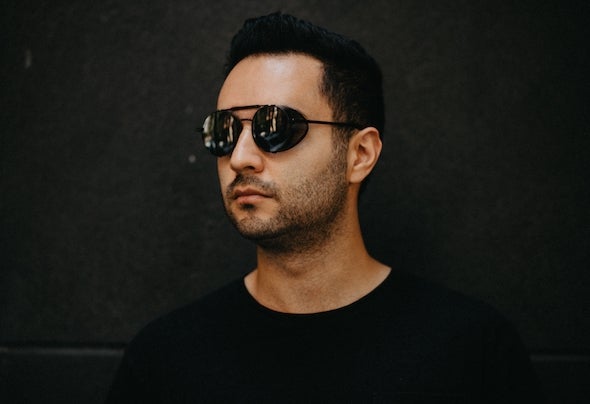 Habischman likes to tell musical stories that bring back memories, whether real or imagined. To do so, the Iran born, London based artist draws on the beauty and blessings of life, the ups and downs of the every day, and puts them into his own cinematic soundtracks that encourage you to get lost in your own feelings. He is a master at establishing a simple yet seductive techno groove then embellishing it with complex melodies and lush synth arrangements that provide plenty of drama. This combination of big drums, spaced out motifs and subtle but spine-tingling vocals lend his tracks an impressive sense of grandeur that has landed him on labels like SCI+TEC, Knee Deep In Sound and Moda Black. Despite the challenges of growing up in Iran, Habischman's hard work and dedication got him to the Red Bull Music Academy in 2008. From there he went to live in Berlin, and in 2019 an exceptional talent VISA allowed him to settle in the UK: that proved his efforts had not been for nothing and that music truly has no borders. The same year marked his biggest releases to date - the epic 'Teleport' as part of his Voyager EP on Tenampa, and his standout Intelligent Signals EP on Dubfire's mighty SCI+TEC. High profile support for his music has come from the likes of Artbat, Tale of Us, Nicole Moudaber, Dubfire and picked up constant plays on BBC Radio 1. As a child, Habischman grew up playing and recording his own voice on analog mixers, mics, reels and tapes, so got an early understanding of how to manipulate sound. His father is a traditional Iranian singer, which also colours his atmospheric style. A fascination with space and cosmic documentaries also mean his music comes with a vast sense of scale that few can match. When Habischman DJs, he plots adventurous musical journeys that have you gazing up to the sky, lost in his melodies and in awe of the space all around you whether at an outdoor festival, in an awesome cathedral or hidden in an underground cave. He avoids long breakdowns, instead keeping you locked in the zone as he layers in fresh drum patterns, subtle surprises and small edits that make every track feel that bit more alive.