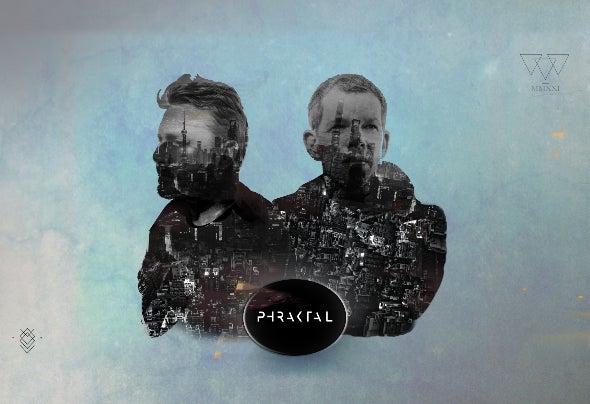 Phraktal is an electronic music band from Dublin in Ireland. In 2015 they released (Why 1 is One and 2 is Two) their debut album. Collaborating with artists such as Jamez/Trancesetters of Touche Records and OUD!N13 of French production duo G-Prod. Their unique niche style ranges from sci-inspired electronica, ambient soundscapes, to deep melodic house & razor-sharp techno. Since then, they have seen support pour in from radio stations, DJs, and producers all across the globe. Including Sam Paganini, Charlie May, Paco Osuna, Eats Everything at Awakenings and Toffler Festivals, Danny Tenaglia, Nick Warren, Robert Babicz, Fabrice Lig, Mitch Alexander & countless others. From New York to Amsterdam, Phraktal has been picked up by some of the best selling Progressive House and forward-thinking Techno Labels MIxmag, Limbo, Iconyc, Mirabilis, Groove Factory, and Bakroom. They have been remixed by Orlando Voorn, Barry Jamieson [Sasha/ Refracted], G-Prod, Blue Amazon, Ben Shaw, Astronivo, and up & coming producers like Full Funktion & Traveltech. In the Summer of 2018, they played at Body & Soul Festival in Ballinlough Castle and Electric Picnic with acts such as Massive Attack, The Prodigy, NERD, John Hopkins, and DJ Koze. They have just finished making their second album “Nightwalk” which is due out on Limbo Black later in 2021