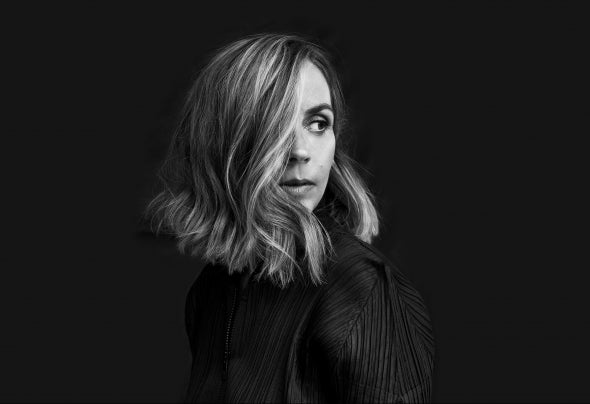 DJ, producer, radio broadcaster, label owner, tireless creative force, mentor and mother, Anja Schneider continues to create, reinvent and reinvigorate in 2017.A fresh chapter will begin this autumn with Sous Music, Schneider's new creative outlet and label project. The first release will be none-other-than Anja's first album in nine years, titled 'SoMe', a work that embracing influences from across the electronic spectrum and rates as her finest work to date.The move comes after 12 years at the helm of mobilee, the label and collective she founded in 2005. Over the ensuing years, Anja played a pivotal role in developing and nurturing a roster of artists that included Pan-Pot, Sebo K, Rodriguez Jr., Kevin Over and more. Additionally, mobilee and its sister label Leena Music played host to some of the earliest releases by Maya Jane Coles, Solomun and Nicole Moudaber, well before the artists became the household rave names they are today, reinforcing Anja's position as one of the industry's finest talent scouts.This deft ear for unearthing and supporting electronic music stretches back to Anja's earliest days in Berlin throughout the 90s, beginning her career as a radio producer for Kiss FM. Following this, she would take up her first presenting role at Fritz FM where she hosted the weekly 'Dance Under The Blue Moon', the city's longest running underground dance music radio show between 2000-2017. In May this year, she begun a new era in broadcasting when she moved to Radio Eins, one of the largest broadcasters in Berlin to host 'Club Room' every Friday night. Over a 17-year period, she has introduced a generation of Berliners to electronic music. From July this year, Anja also begun a dedicated 'Club Room' show on France's Radio FG.Once famously dubbed a 'perpetual motion machine', Schneider's non-stop energy and work ethic is near legendary.