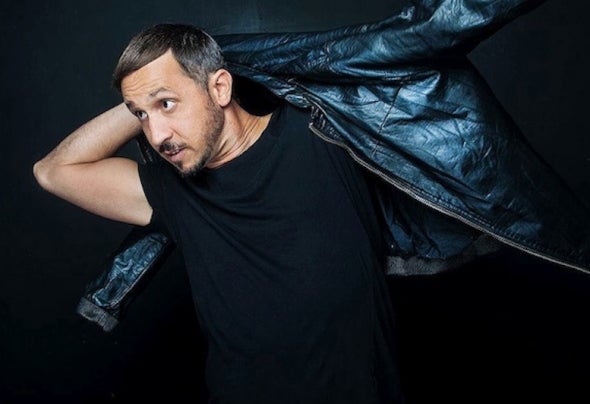 Christian Burkhardt is an artist truly absorbed with the range of sonic possibilities. A producer not content with existing within the realms of House and Techno, but one that is determined to further stretch its limits with his signature sound. A native of Heidelberg, Germany, who along with the likes of Reboot, Johnny D or Einzelkind - all from the country‘s Southwest quarter - have carved out a niche‘ revolution within House and Techno that has influenced the global electronic music commu- nity nearly as much as Detroit, Chicago, London and Berlin have in there respective years of glory.His earliest productions found there way onto Oslo, Raum...Musik, Deep Vibes and Area Remote. All regarded as contemporary go-to labels for quality House music. In 1998, ‚Doubledub‘ surged through the speakers of main floor events and fueled after hours across Europe and beyond. Since then it‘s been clear that Burkhardt approaches music making with a strong detail to complex rhythms that not only move your body, but rise above generic club music. His masterful use of technology meshed with the warm sounds of analog gear and over 13 years of music production experi- ence, have tinged his production with a unique sound that other produ- cers praise and DJ‘s never seem to stop playing. Solely on the basis of his productions, he has been invited to present the sounds of his Offenbach studio in the form of a live set, on nearly every continent. Live sets which are by no means a playlist of Burkhardt hits. This melody and groove ob- sessed sound pioneer tweaks, layers and twists his sounds differently for every event. Inspiring even himself with every performance, increasing the passion of his own purpose. 2010 brought Burkhardt to a new level with his first album project, Revolver, co- produced with Einzelkind on their new Jax label. You certainly know some of their past collaborations as the infamous La Peña. His long list of remixes for Tsuba Records, Mobilee and Deep Vibes were still ringing in club lands ears, as a new batch of original material on Oslo, Raum...Musik and Cocoon were given the stamp of approval 2011, with constant rotation in clubs, radio and podcasts. His suc- cess is measured only in the pleasure that he finds in making music.A feeling that may start in the club, but it never seems ends there.