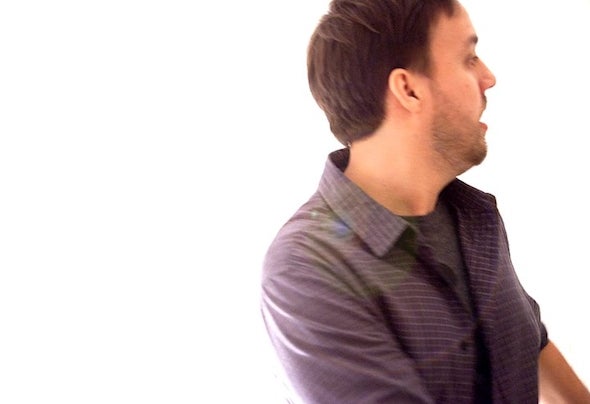 Eric Estornel, under the names MAETRIK, MARIEL ITO, PLAEX, and simply ESTORNEL - has been contributing to his musical world around him since 1993. Always searching for the future of electronic dance, Eric has never let himself be confined by the rules of styles or genres as he makes his way through such a political and fickle industry. Cuban born and raised, Eric has always been around music. His father was a salsa musician and enthusiast, and at a very early age Eric along with his older brother and younger sister were put into dance lessons learning all types of Dance. They all 3 soon shared the dream of becoming professional dancers and choreographers. Although a very talented dancer, Eric was always a little more fascinated with the art of musical composition and began experimenting with different acoustic and electronic instruments. In 1991 at the age of 13 Eric discovered a local Radio show in Dallas, Texas called Edgeclub that featured popular electronic dance of the time including Techno and Electro. Quickly Eric grew infatuated with the electronic sounds and intricate percussion and grew more and more fascinated with the Dj culture and Production side of the industry. By 1993 Eric was experimenting with mixing music using old turntables and tape players, and soon was able to save his money and buy a pair of the famous technic 1200s. Not long after Eric became a major vinyl junkie and techno enthusiast with a broad knowledge and love for all forms of electronic music, not just techno. By 1995 Eric was a known and respected young DJ in Dallas, when he really turned to the production end of things, collecting and toying with different cheap synthesizers and drum machines. And by 96 he was already developing his unique blend of techno and electro. Fast forward to present day, Eric with all of his different pseudonym has gained the respect of DJs, artists, and music Enthusiasts worldwide. His Discography shows his production versatility and always evolving electronic sound.