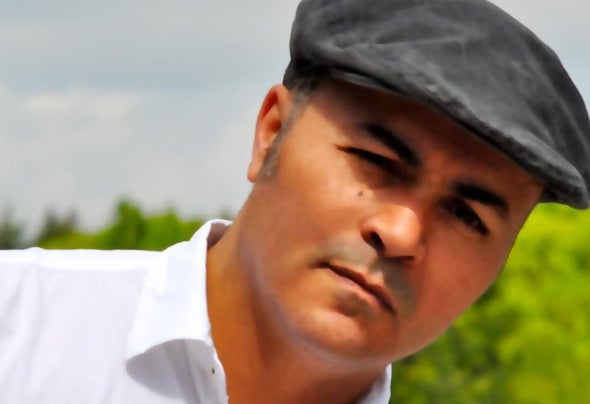 Coll Selini DJ/Producer based in Amsterdam is no stranger to the scene of House music. Inspired by his father, a musician himself, Coll learned to play music & melodies at a very young age. Starting his professional career as a DJ in the mid 80’s when Chicago House was born, Coll’s roots come from the original sounds of the Underground. Originally from Tunisia, Coll was bred in the heart of Sicily in Italy where his musical background began as a DJ & producer. Meeting up with a DJ from Chicago at his 1st residency at a local club, opened Coll to the genre of the original Chicago House sounds which he fell in love with. He has never looked back since! This led him to team up with fellow like-minded DJs who inspired Coll to start producing House Music, which not long after got him releasing his 1st productions on several local Italian record labels.Towards the end of the 90’s Coll moved to Holland, which was known at the time as the dance capital of the world! This was a very challenging move for Coll professionally, as the scene was much bigger there & the producers & DJs had grown in numbers. He was also faced with new styles of music, which was a mix of Hard House, Trance & Commercial. This led Coll to change his style of productions & Djing as he found a link to to implement his original love for Chicago House with the more modern beats of Holland’s dance music, hence coming up with Groovy House vocal tracks.In 2002 Coll had started promoting his own events & parties in several clubs & bars across the region which led to a successful following & a love for his style of House music, that in 2003 he decided to start up his very own record label (Playectra Records), which not only show cased his own productions but also started to sign up artists from all over the world.T hrough the years of growing as a DJ, promoter & label owner in Holland, Coll’s music got the attention of the big boys & he was soon releasing tracks on international labels such as Yoshitoshi Records, (owned by Shahram/Deep Dish) & Mile & End to name a few. His hit ‘essential love’ which featured the vocals of John Harris was picked up exclusively by Yoshitoshi Records, which became an International chart hit & featured a music video that also hit some of the popular International music TV channels.Currently Coll has reached the International standard of both DJing & Producing & his style of music has brought him to DJ extensively around the world to countries such as Switzerland, Ibiza, Moscow, Dubai, Miami & the list goes on ...In the production department Coll has been recently working & releasing remixes for big names such as Roy Davis Jr, Joe Smooth, Robert Owens & K’Alexi.Working with such artists has brought Coll’s musical journey 360 degress back to his roots of good old House Music where he intends to keep producing quality music for many years to come!Watch out for Coll Selini’s past & present productions, which are surely to make any dancefloor alive!