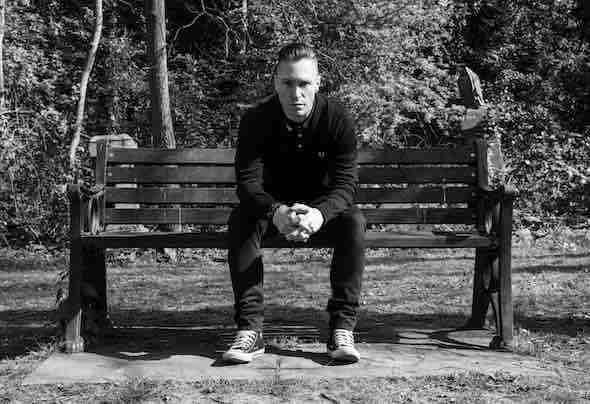 "I think Jon's a jewel in the crown. He's really great with the crowd and his music. He's been a great support to me. Put him in front of 30,000 people and he really goes for it. He naturally warms the crowds up. We always discuss what we'll both be playing and he goes out there and does it. At the moment he's better than most top DJs I could mention." Carl Cox, March 2007. A DJ since ‘96, beginning his career at many of the UK's major dance events (at clubs such as The End, Magna and Camden Palace) and one of the original Mixmag ‘Future Hero's, Jon has been a regular at some of the most exciting clubs and events of the era. Fusing anything including Techno, House, Breakbeat and pumping Progressive House together, Jon's unique and diverse blend of sounds has won him many admirers globally. Things are really starting to take off for this rising talent, having now played at many of the major dance festivals across Europe and Australia including Dance Valley, Global Gathering and Sonar, Future Music Festival and the Big Day Out festivals, as well as many major clubs across the world including gracing the decks of the infamous terrace at Space in Ibiza. In 2006 Jon accepted the position of running the world renowned Intec Records on behalf of Carl Cox, taking the label into new musical directions and expanding on what the label had already built. While running Intec, Jon's DJing schedule continued but being in this position helped Jon expand on what has been a success in A&R within the label as well as work on his own productions. By night, Jon works in his studio - his production outputs are many and as in-demand as he is as a DJ. Jon has remixed both Electro and Drum & Bass tracks for Cox's last artist album ‘Second Sign' and was responsible for one of the freshest techno tracks on his Intec label ‘Dirty Disco'. Jons' releases have been supported heavily by the likes (amongst others) of Paul Van Dyk, Danny Tenaglia, John Digweed and Ben Sims. In 2007 Jon released an EP on Trevor Rockcliffe's Mentor label, being the first artist other than Rockliffe to ever appear on the label. A huge Rundell remix of Bad Clock 04 by Sébastien Leger has been hammered by Van Dyk (DJ Mag Top10 track, Essential Mix plays, regular on his Soundgarten show) Jon's remix of Get What You Paid 4! By Carl Cox featuring Saffron from Republica on vocals, was commercially released and charted highly in America's Billboard charts. Jons ‘London EP', including tracks ‘Rock' and ‘Nemesis' have been in the playlists of many. Heavy support from Van Dyk saw him play no less than two tracks from this EP and 2 others in his recent essential mix (August 2007). Just recently Jon has been working hard on some exciting new solo productions – his latest release ‘Our Floor' has been signed to Vandit Digital, a slamming remix of ‘After Dark' has been released on Adam Sheridans new imprint ‘Carnival Junkie' and his remix of a classic Old school track is set to be signed to a major label. Production wise, times are looking busy for Jon over the coming year. Jon joins Carl Cox in the studio to work on tracks for his next album as well as his own projects. Gig highlights of 2007 really show how much of a journey Jon had made over the last year. Jon started the year off with a massive tour of the ‘Future Music Festivals' across Australia; often playing to no less than 20,000 people, taking in Brisbane, Melbourne, Adelaide, Auckland and Sydney and a year later has recently completed a tour of equal, if not bigger magnitude, this time for the ‘Big Day Out festivals' across Australia. Summer 2007 saw Jon play at Live at Loch Lomond Festival in Scotland as well as gracing the decks of the new terrace at Space in Ibiza, for the busiest ever Carl Cox ‘King of Clubs' night, Mondaybar in Stockholm and warming things up for Danny Tenaglia on the inside terrace at Dannys' exclusive ‘Ace of Clubs' night at Space in Ibiza for a second time in 07. So on with 2008 and things should continue on good course for Jon. After Australia Jon flies onto Miami for the annual WMC where he'll be playing at the massive Ultra Music Festival (as well as other gigs) before flying back to the UK to play some dates on home soil and the rest of Europe. Jons balance of work, production and Djing should keep him busy and with a new monthly radio show, aptly named "Dirty Disco' Jon will be reaching out to wider audiences across the airwaves. Dirty Disco takes us through his tracks of the month and gives us a taste of what he's about musically. Listen out for some exclusive Jon Rundell bootlegs, remixes, new tracks and exclusive live recordings from his shows around the world. Dirty Disco is syndicated to various stations across the globe including VONYC, Danceradio and Ibiza Global radio. More stations will be broadcasting the show in 2008. Check out Jons My-Space: www.myspace.com/jonrundell. Here you can view pics and videos, check out his Top10 as well as download his tracks and gain access to his monthly podcast which features mix highlights from various worldwide gigs over the world as well as interviews and past mixes from his radio show.