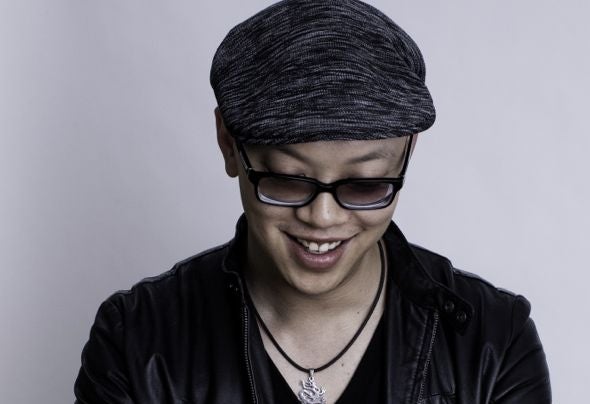 CHI THANH is a German-Asian multi-instrumentalist (piano, guitar, drums, bass, sax and more), music producer & DJ based in Berlin. He got his real name Chi (means Energy) Thanh (means pure Sound) by his Vietnamese parents. He started with piano lessons at the age of 5 and added guitar when he was 10 and and kept adding more and more instruments that he found in the studio in the following years. THANH has lived and worked in cities like Vancouver, LA., London, NYC and has settled in Berlin now and you can pretty much put him into any recording studio with an artist and he will let his creativity flow and come up with a song....Thanh already released under different names & monikers, written, remixed and produced music for diverse artists such as: Madonna / Britney Spears, P.Diddy, Usher / Lil’Jon, Duran Duran, Arrested Development, Beenie Man and many more.. He was also nominated as a songwriter for a Grammy (song: “Lipstick“) with Desmond Child a few years ago.He recently did remixes for “big names“ of the scene like: Booka Shade, Etienne de Crecy, Gossip, Joey Negro and others. His remix of Bedouin Soundclash feat. Coeur de Pirate’s single “Brutal Hearts“ was released on Bitclap/Warner Music alongside remixes by Doctor Dru, Lexer & Peer Kusiv.For his first album project he steps out of his own and produces under his “real name“ CHI T HANH. He wrote, played, produced, programmed and mixed everything himself. His debut album entitled KISS THE SKY will be released on OFF Recordings.His debut E.P. “LET’S PLAY“ on the renowned Berlin label OFF Recordings features 3 songs that showcase 3 different sides of CHI THANH within the house spectrum.Thanh recently collaborated with OFF Recordings head honcho Andre Crom in a series of remixes for Jakatta (Zet Records) - Beatport DH Top#6 !!! and also on songs by HIM_SELF_HER (Crosstown Rebels UK) and MOYA (Hedonism UK) which were all in the BP top40.For his worldwide audience CHI T HANH loves to create „Magic Moments“. During his performance and dynamic DJ/Live-Set Show he is adding various loops and vocal edits to his set while always keeping the crowd entertained and “in rhythm“ since he also does live percussions on his pads.