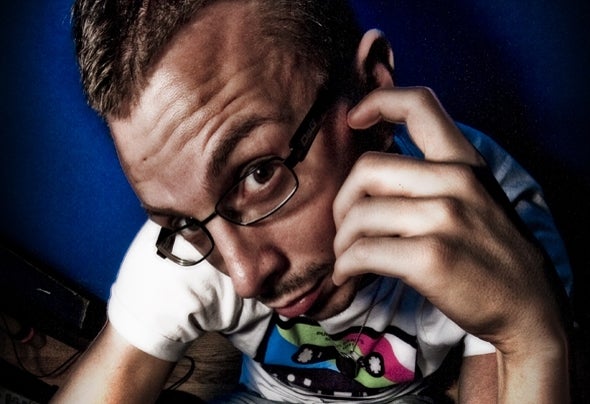 Since the young age of 14 the passion and ardor for the techno movement in Europe, encourage him to explore the variety of the expression of tendency that was revolutioning the world music Club scene. Like each young talented dj, Neuroxyde is searching the road for the access in his City Clubs and with the passing by of the time he becomes well-known to the public. His attraction for the electronic grooves, brings him to meet Andrea Prezioso, his “precious” mentor for a few years, and releasing his first production in 1997. From this point on was for Neuroxyde clear on his mind, that this would be his destination, like a Train rail without stops. Till 2002, year which inaugurates his first professional studio, he switches music productions and gigs on the whole Italian territory. With his actual collaborators (Valentina Dante, David Jones and Aqua Diva) administrates different well know Italian labels of the last few years, moving from different styles and genres taking him to the top of the Top sales charts in Europe. In 2007 he wins the silver disk in France with over 100.000 sold singles and more than 400.000 copies all over the globe. From the old continent to the whole Globe a short step: Starlight Music is born and in a short break of time it becomes one of the most researched and respected labels, boasting of collaborations with artists of worldwide fame like Shara Nelson of Massive Attack, Dubfire, D.O.N.S. to mention a few. The next step is take of granted: create a label made to fit with his passion and musical requirements. Neurotraxx is born, a forge that materialize tracks that are played by the most influenced top dj’s of the world. His devotion of the world of Club is still today alive, and his competence and professionalism are unquestionably appreciated. In the last year with the name of Aki Bergen he found his leading way also in the world of deep house, producing some of the most played records of the last months. We can find his name in the first position of the Deep House Beatport chart for three times, and in the 1st position of Beatport General chart with the smashing hit “Jazzy Stuff”. His sudden fame provided him big collaborations with artists such as Ralphi Rosario, Miguel Migs, Dannii Minogue, Milton Jackson, Pezzner, and his remixes are between the most requested and loved. Interviews: http://www.beatportal.com/feed/item/introducing-aki-bergen/ http://www.beatportal.com/feed/item/who-the-hell-is-neuroxyde/ Discography: https://www.beatport.com/it-IT/html/content/artist/detail/104065/aki_bergen https://www.beatport.com/it-IT/html/content/artist/detail/71431/neuroxyde