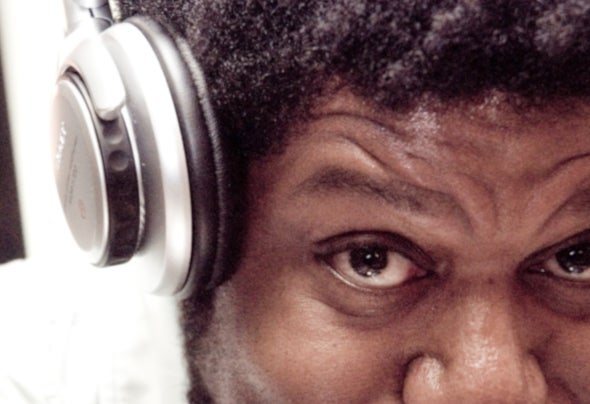 Daz-I-Kue a Londoner now Atlantan resident and a member of the world respected production crew Bugz In The Attic, who have remixed the likes of Amy Winehouse Macy Gray, Soul II Soul and 4 Hero, seen widely as one of the pioneers broken beat genre. A vinyl junky from the age of 5, he's a dj, producer, sound engineer and promoter, was widely seen as the hardest working man in West London and now Atlanta via Nashville his current home of residents. His production work on Ends Productions “Are You Really From The Ends?” widely seen as one of the tracks that pioneered the grime scene. Partnering with Khari Cabral Simmons (Jiva/India Arie) and Julius Speed (Anane/Wamdue Project) has worked with some ATL's and US's nest talent including Kenya, Donnie, Trina Broussard, Anthony David, Avery Sunshine, Rhonda Thomas, Heston, Kai Alce, DJ Kemit to name a few. Currently he has completed BB Boogie project, which has been released on R2 Records, who has Osunlade, Bobbito and Karizma on their roster, Co-produced Julie Dexter’s “DeJa Vu” album, has releases on Reel People’s imprint Foliage Records and legendary house label Nervous Records, plus has many more projects in the wide eld of black music to come.