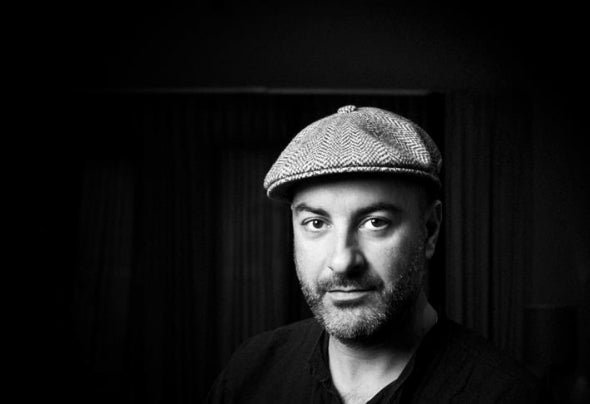 Undoubtedly one of the UK’s most prolific dj/producers and has been indispensable to the progressive musical landscape over the past 15 years.Phil has completed well in excess of 200 of his own productions, as well as innumerable remixes. From his first gig at Legends and London’s first House club Delirium in 1991 (slipping on a record when Noel Watson went to the toilet) to more recent gigs at, Inspiration Information, and Soul Heaven at Ministry of Sound in London, Phil has played the length and breadth of the UK, as well as, Italy, Germany, Switzerland, Portugal, France, Brazil, Japan, Canada, United States, New-Zealand and Australia.Surrounded by music and records from an early age his Dad worked at Harlequin records, bringing home all the latest releases to a young and eager Phil. He went on to work in Quaff Records and Vinyl Solution, two of London’s finest record stores, instrumental in pushing house and soulful music in London.Along with Luke McCarthy, Phil is the founding member of the restless soul Production Team, which also incorporates producers Dominic Jacobson, Taxi Driver, Aaron Ross and Felix Hopkins and Latest recruits Jose Carretas, Bopstar & Craig Whitfield (HHA). He also produces under various aliases and he is also recognised as being one of the pioneering forces in the West London (Broken beat) movement. Phil has been an instrumental part to the scene, from being a founding member of the CO-OP club alongside Dego, I.G.Culture and Demus, Afronaut & G-Force, to representing and promoting the West London sound worldwide.He is one of those hardworking soul soldiers trying to unite the love for soulful music, breaking down musical frontiers and releasing an eclectic output of quality music.His first album production was for New Zealand’s Nathan Haines. The production of ‘Sound Travels’ really showed Phil’s true skills. Three years down the track and the collaboration continues. Nathan Haines second album ”Squire for Hire” was released. Again you can hear the distinct yet eclectic sound of Phil’s writing and production skills.In 2002 French label Versatile approached him to produce an album. The label bosses used the exact words of, “you can do whatever you want”. He did just that and the result is “Sweet and Sour” a bittersweet journey into the eclectic preferences of Phil Asher. The Co-op anthem “Having your Fun” rocked the dancefloors on all music genres.Present DayThe recent project for Phil now is producing two new songwriters, Shea Soul and Zansika, with Songs out on Seasons recordings, Raw Fusion, Loungin and forthcoming on Especial and Suburban. He has just finished recording an Lp called “Deep Electronic Sound” under the guise Phlash & Friends, on Archive Records. featuring Shea, Zansika, Light Particle, Mark de Clive-Lowe, Karizma, Zaf, Danny Huckridge, Lady Alma, Ommas & Benji B, Sandra Nkake and a host of discovered and yet to be found talent. Phil once again will be doing whatever he wants on this project, but stresses it should be filled under House Music.As quoted by journalist Jan Peeters, ” With an admirable sense of energy and spontaneity he’ll encounter anything that crosses his many paths and turn it into a musical piece of art. Phil Asher truly is...a master at work.” (Plastiks 58)