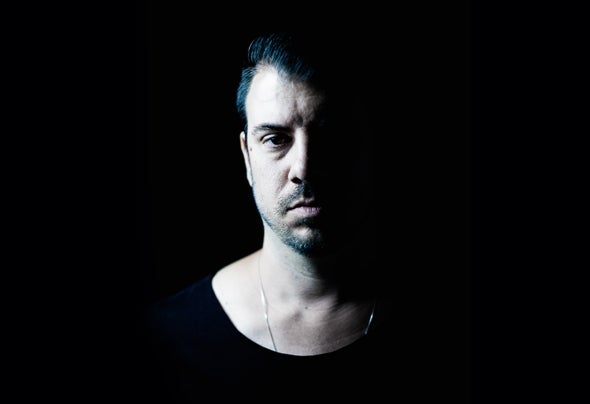 HALO VARGA BIOGRAPHY by Caleb Bacon “I have so many musical inspirations that I love,” says Halo (born Brian Varga.) For him, creative motivations are found everywhere. Most successful dance music artists find that their career has them frequently working in all corners of the globe. This has been very much true for Halo - who has DJ'd in places like London, South Africa, Australia, Singapore, Tel Aviv and Brazil - however, the place he calls home has seen him live inspired years in Chicago, San Diego, Las Vegas and San Francisco. As a producer, Halo's music always seems to feature equal nods to the robotic and the organic. It's music that points in the direction of where sounds are heading while being rooted in the early dance floor sounds that its maker fell in love with as a teenager. “Being from Chicago, I still love the vintage drum machine sounds mixed with organic rhythms,” he says. Such music, spirit and enthusiasm have earned him a top spot on URB Magazine's Next 100, a nomination for Best DJ in 2003's International Dance Music Awards (IDMAs), two Top 20 finishes in BPM's America's Favorite DJ for 2003 and 2004, and twenty years of making fans. Halo's produced original works, collaborations, and remixes for labels such as MN2S, Large, Siesta, Yoshitoshi, Soma, NRK, Nordic Trax, Foliage, and Orion Music to name a few. However, before he was able to make a living in dance music, sixteen year-old Brian Varga was tagging his hometown of Chicago with the graffiti artist name “Halo.” Chicago, 1974 Growing up in the birthplace of house music (there's even a street called Frankie Knuckles Way), for Halo, the question wasn't if but when he'd be bitten by the dance music bug. The inevitable happened while still in high school, at a record store called Hip House that would later go on to employ him. He almost had to work there. DJ Sneak offered him the job. While the Windy City has long been thought of as a mafia town, in those days, the bosses of Halo's Chicago were dance music legends Frankie Knuckles and Ron Hardy. Their late night loft parties were full of defining Chicago house music. Day after day at the record store and weekend after weekend spent under the influence of Frankie and Ron, the foundation was laid on which Halo would build a career. At Hip House Record store, Halo met a world's worth of visitors from the nightclub industry who were kind enough to listen to his mix tapes, and even kinder to book him to play their parties. He even took another job in music, a three year A&R gig with Moody Records. With the work experience, the musical inspiration, and a growing set of skills, Halo was ready to take the advice given to many Americans before him and “go west, young man.” Plus, he knew a tan wouldn't hurt. San Diego, 2000 Sunny Southern California proved just right for Halo and great friend Hipp-E, with whom he formed H-Foundation in 1999. Together, they DJ'd, made records, and during that time Halo partnered in a Downtown San Diego record store called Siesta (named for the record label Siesta Music). H-Foundation saw releases on labels like SOMA, Siesta, Low Pressing, NRK, Fabric, Yoshitoshi, and Camoflauge. While the pair quickly DJ'd all over, it was a trip to Miami that unlocked a new world. A year into their partnership, while performing at the legendary Winter Music Conference, Halo and Hipp-E were invited to play their first European gig at a new club in London called Fabric. “It was probably one of the best clubs I've been in,” Halo said of that first trip to the UK and of the club that offered him his first foreign residency. The relationship between club and entertainer was quickly fruitful, as H-Foundation mixed the seventh CD in the now-long running Fabric mix series. Halo and Hipp-E still play the seminal superclub regularly, both as individuals and as H-Foundation. (In 2005, the pair decided to focus on their solo careers, though as of 2010, they've been back touring and making records as H-Foundation.) Vegas, 2007 Sin City would be the home for CityDeep Music, Halo's label aimed at high quality, cutting-edge dance music that has featured works from Franck Roger, Dennis Ferrer, Marlon D, Rocco, Andre Lodemann, and many more. Halo calls the label, that churns out release after release of deep house mixed with organic, techy rhythms: "mature music for the deeply minded". In Vegas, he continued producing, DJing, and wore the hat of club promoter with a regular party that brought class to a city whose bustling nightlife is known more for its love of the mainstream, rather than its deep house friendliness, Return To California, 2009 Halo loaded up the U-Haul truck for his first term as a Northern California resident, and he would touch down in San Francisco for three years (though as of last year he's again a San Diegan). Surface has launched, a new record label run by Halo ,The label will see production from Hector, Tuccillo, DJ Sneak, Pezzner, Andrew Grant, Nitin Sam Russo and more. In 2009, Halo's classic production, “Future,” was voted #95 on Resident Advisor's Best Track of The Decade. It hasn't left some DJ's record bags since its 2000 release. The accolades for this piece of music are fitting, because with Halo's constant search for inspiration, his constant growth, and his wearing of many hats - he's built a successful past and still has a bright future. “I've been DJing for 20 years,” he says. “And I love what I do.”