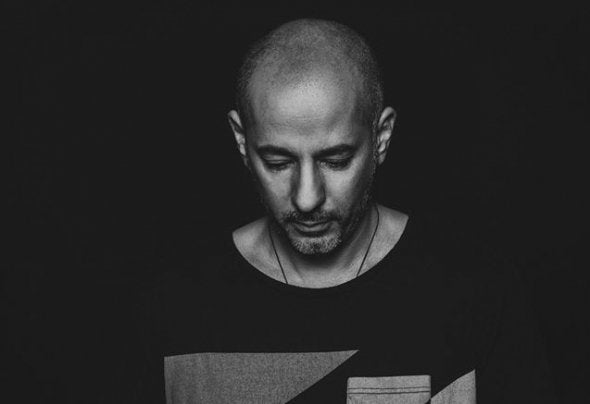 After more than 16 years in the techno scene, with appearances in the biggest techno festivals like Awakenings, Techno Flash, Dreambeach, Apokalypsa and some of the most prolific clubs around the world , Spiros is considered one of the artists that pioneered techno in his homeland and without doubt the Greek Techno Ambassador.Born & raised in Piraeus, the biggest port of Greece, at an early age discovered that music was more than just a hobby ! For many years gets involved in the Greek dance media with articles on dance magazines, radio and later some TV shows.When it comes to dj booth, Spiros knows how to manipulate the dancefloor usinga combination of the newest forms of techno blended with unique mixing style. Nominated for 2 years in a row (2008 – 2009) as best techno DJ in the SEEME festival awards (the biggest South East Europe Music Festival)Spiros describes his sound as a mixture of dark , pumping , forward thinking techno covering a wide spectrum of styles.But djing was not enough . The passion to create his own sound forced him to music production.His discography so far includes two full length albums ( Zero Point @ Planet Rhythm – 2012 , Unlocked Paths @ Focus Records – 2017 ) and an impressive back catalogue including over 60 vinyl records and a list of releases in the best labels of the past like : Primate , Primevil, Pornographic, MB Elektronics , RhythmConverted and more recently on Tronic, Alleanza, Analytic Trail, Flash Recordings ,Planet Rhythm , Phobiq, Kombination Research, Respekt, Codeworks and his ownFocus Records.Founder and owner of Omega Audio , Analog Mode records in the past and sinceFebruary 2010 when his new label “Focus Records” was born, had the chance tocreate a platform for solid techno sound featuring a list of premier league artists as well as new & exciting ones!