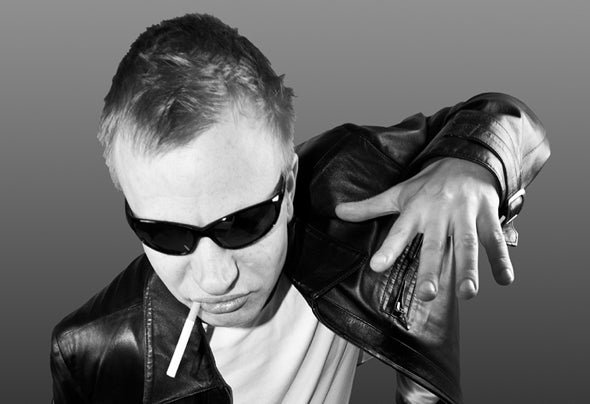 Johnny Golden is a true musical allrounder. He started to make music with a close Hip-Hop DJ, to write his first own texts, to rap and to perform on stage at an age of just 14. Later, he set up his first own beats on a sampler and carried out his musical aims in a new formula. The band “Most Blunted”, which later became the “Micronomicon Crew”, was the first serious attempt to get round the Hip-Hop music. The result of this “coming-together” was 2 albums where Johnny Golden was taking part as producer and MC. At the same time Johnny Golden started to tinker with electronic music, too. During this time his first publications came up. He organized as well the club nights “Spielwiese” and “Beat Hybrid”. Today he focuses mainly on producing dance floor-suitable electronic music and experimenting and melting together diverse music genres to a new, singular urban sound, which accords to the motto: One can only be ahead of the trend if one reinvents it. Johnny Go lden doesn’t want to produce the thousandth production of the same style and genre, but to explore new paths where his musical adventure will lead him to. His newest project is the label Morning Sun, which he initiated in 2012 to give his numerous music projects an independent platform to be released on. We can get excited about the sound yet to hear from him in near future.