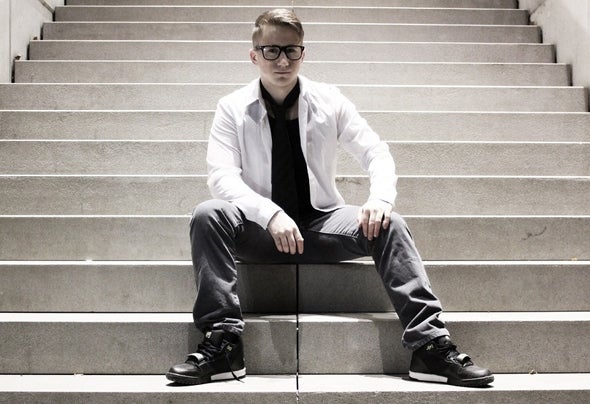 FiveAm (also known as Richard Augustin or Ric Stin), was born on 20 December 1989 in Munich, Germany. He started producing music in 2009 and achieved his first major accomplishments in 2010.Due to a dispute with his Ex-girlfriend, his interest in the minimal/techno/tech-house scene aroused and he began to dedicate himself more to this music genre. Since there were few minimal tracks, that really pleased him, he decided to move in that direction and started creating his own songs. With the aim of coming closer to his own perfect track, he sat producing in his studio for hours – day and night.People say that the first step is always the hardest. FiveAm realized this when he was faced with harsh criticism as a new producer in this club scene. Two years later, in 2013, it occurred: the producer FiveAm was born. After he was finally satisfied with his work and he had gained enough experience, his first self-made tracks were released by his favorite labels - those include Hamburg Aufnahmen and Flat Belly Recordings. From then on everything happened very quickly: the biggest minimal producers and dj's worldwide began supporting him and his fanbase grew immensely, and continues to augment. With such great support, almostevery one of his songs ends up in the Top 100. These days, FiveAm is an inherent part of the minimal scene. So, watch as he tries and succeeds to bring people closer to his music and passion.