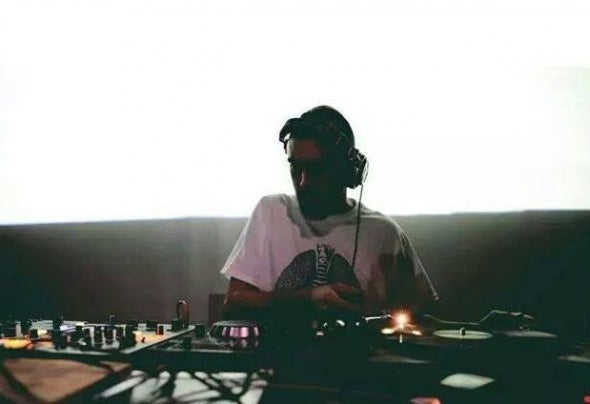 PRODUCER / DJ / DRUMMER / HUMAN BEATBOXER-Federico Mancini, Legitimate son of the Roman underground scene. Having a passion for music as a child he started playing the drums and listening to different music genre's from rock to pop and electronic music.Growing up he began to attend he's first night clubs, dancing and absorbing the sounds of dance music, and at the same time he became a drummer in a "punkrock" band.Cultivating he's, interest in Street-art, Graffiti, Hip-hop music, Breakbeat he also discovered he was really good at doing the " beatbox ''. Growing and cultivating all this passions simultaneously he soon decided to take the '' beatbox '' passion to the next level , by becoming a producer and a Disk jockey . In 2004 together with his friend Emos they found a group called '' Full-time '' reproducing sound's that go from hip-hop to house, from drum n bass to Reggaeton on a musical journey totally Live!! In the few years between live beatbox and DJ sets, we see him play in many clubs with artists such as FREDDY K,DAVE CLARKE,VICARIUS BLISS,CONGOROCK,EGYPTIAN LOVER,DON WILLIAMS,DIPLO,A-TRACK,EDO PIETROGRANDE,FRANCESCO ZAPPALA',PAOLO ZERLA,BRANDO LUPI,and many more... Currently producing house music, trying to better reflect his musical influences and style. for BOOKING -REMIX-INFO - -snared79@gmail.com -facebook/FEDERICO MANCINI