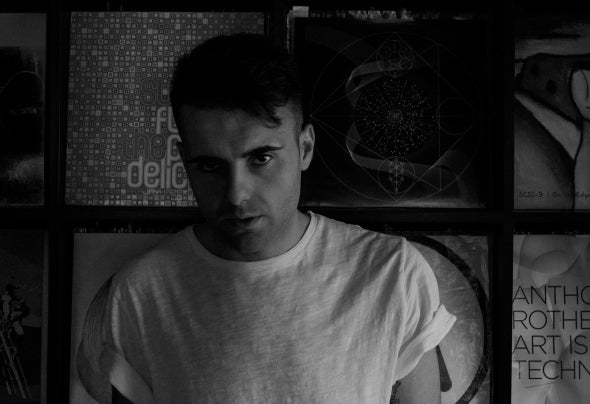 Dire T, a.k.a. Alessandro Tammaro (Naples, 1 August 1989), is a musician, producer, DJ and composer.Following the footsteps of his brothers Marco e Luigi (guitarist and pianist). At 12 he began playing the electric bass.In 2008 he moves to Milan and two years later he founds the funk-electro band The Kolors, along with the current members Stash and Alessandro Fiordispino. Dire T has also collaborated with Escape From Zoo (Ex AvantGarde), with whom he wrote the song ‘Movida’, the original sountrack for the Kellogg’s spot ‘Choco Krave’, transmitted during the MTV Awards 2013.In 2016 Dire T decides to undertake a soloist career, the new project blends together all his previous experiences and influences, also featuring Cristian Angelini (author of ‘Polar Station’), Marco Tammaro, as well as Gianluca Meloni and Francesco Cianella from Space Echo Studio for the mastering. Dire T produces his debut album ‘Tomorrow We’ll Be Stronger’ with the Noise Resistance Records.He invents the concept of ‘Synth Session’: a performance based on electronic improvisation, using a live setup of synthesizers, drum machines, bass, guitar and eventually additional instruments.In April 2017, Ahnenerbe Records (by Leon Krasich and Noir) produces the second EP of Dire T, titled ‘Conspiracy’.Around the same time, Dire T’s ex band The Kolors asked him to join them for a live performance at the Napoli Pizza Village, where they played the track ‘Why Don’t You Love me?’, written by Stash Fiordispino and Dire T. The live act was organised in conjunction with the radio broadcaster RTL 102.5, and was aired on national television.On 9 September 2017 he released his latest EP ‘Doctor Death’ with the Berlin label Resopal Schallware.The EP is dedicated to Dr. Jack Kevorkian who was the first to practice euthanasia.In December 2017 he released his last EP "Friends" in collaboration with Gianni Serra and with the fantastic remix created by Bohemien and Raf Parola with the label Phaze Records.