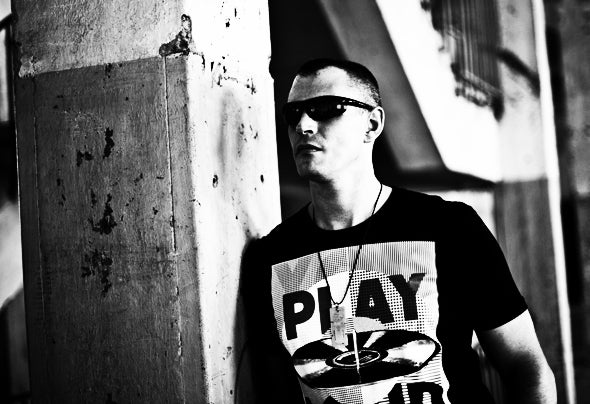 Simon Jaxx has been playing and producing quality minimal techhouse and electronic music for over 15 years. He starts his musical career and background in the age of 5 year, when he learned to play Piano and Violine. During that time he was trained to play without notes and improvise by ear, to feel and express music. In the early 90ies he buyed his first analogue synthies and started to produce electronic music, infected from the detroit music stuff. His music has appeared on many compilations all over the world and 1998 he starts his first electronic music label "Bunka Records". In this time period he worked and played together with international DJ`s like Damon Wilde, Claude Young, Steve Bug, Felix Da Housecat and many more at different places in the world. 2008 he starts his digital label "Frequently Music" open minded for Newcomers in the worldwide DJ- and Clubscene. Simon Jaxx is well known for his minimal deep techhouse stuff and DJ-Sets, who rumble the dancefloors.