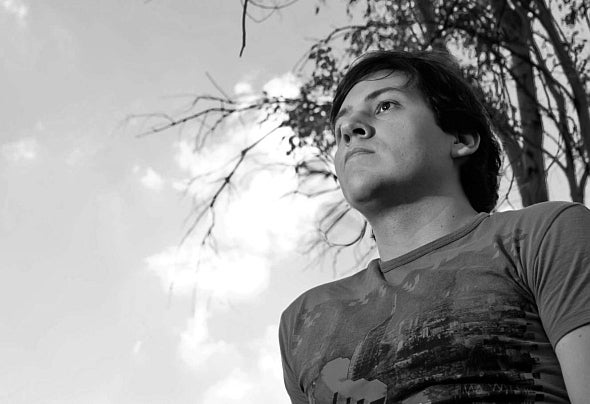 Diego Palacios mexican dj & producer was born in Mexico City in 1987, thanks to his older brothers he starts to have a special like for the music that his brothers listened to every day. That leads him to select only the singles that attracted him the most of the music collection of his brothers and so began his interest in finding new music. He was around in local parties and raves attracted by the electronic music at 16 years old. Diego studied electronic engineering career at Morelia, Michoacan before becoming dj & producer At 20 he got his first dj equipment by organizing small local parties with friends, defining his taste for the audio. This led him to take the decision to continue his studies in the city of Guadalajara, Jalisco; specializing himself in the field of audio engineering and music production at school of audio "Uxmalase" where he met the dj and producer Mario Benavides a.k.a. Benavid and the project "two and a half machine" was born, appearing at local and regional electronic music scene, influenced by European techno scene thus resulting hypnotic sessions with a powerful sound. Diego is a passionated artist for the music and characterized by his minimalist style and powerful themes, with a fine and well-detailed sound. His first EP called "decisions" was published by the spanish inoQuo Net Label, was chosen as one of the year's top records in the intangible_23 spanish radio program. He has also pulished with BDivision Records (ITA) and Chibar Records (DE) labels. His upcoming EP will be released by the dzb Records spanish label.