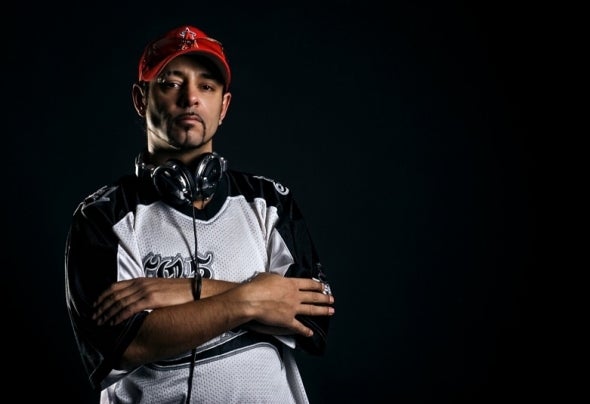 Marcello Totti was born in February 2,1977 in Liberec in the Czech Republic. He inhereted his love for the music after his father,who belongs among the best Czech pianists. Therefore it was as well the main reason, why M.T. entered the ZSLU (The music school) in 1983. He begun to play piano and sing in the worlwide known choir Severacek. He started to compose his own music during this eight years at ZSLU. He composed his first song in the age of 10. It was song for his first school love. His style was influenced a lot by his father and father s Jazz band.He was really interested in music styles like RAP,R&B and Hip Hop. There was the inspiration to create his own rap project called C.M.B.(Cash Money Brothers)in 1991. C.M.B. was the first and the only groupe to come to tour with ,in that time really famous band,RAPMASTERS.The members of Rapmasters noticed his great talent and asked him to colaborate on their new CD Tri na tri,where his first track was shown.. There was another Cd released in the same year.,singl “13 hodin na stanici Hvezda”.M.T. and former singer of Rapmasters founded new project Babylon in 2000. He composed the music for the internacional commercials for Mercedes Benz,Honda Aprilia a Audi DSR in the same year. He also worked with Dara Rolinc, A.Zika and Zipofilm.He has begun his DJ kariera in 2002. He went to live in Mexico the next year and he started to spin in the small clubs in Mexico City. After winnig the competition, he was the first Czech DJ in history, who signed the exclusive contract with Dj Prime Agency. and the magazine Dj Concept . He is resident Dj of the club Mansión and Liverpool 100 in Mexico City and the world famose club Palladium in Acapulco. He is playing in the clubs all over the Mexico and south America.He is exclusive Dj of butiques Armani Exchange as well .He was nominated in Dj and Clubbing Awards of latin America in the category "the new talent of the year" in 2006. In 2008 Marcello moved back to Czech Republic and signed exclusive contract with best Dj Agency there MOSP AGENCY. He performed in the Best Clubs in Czech Republic as : MECCA ,DUPLEX,7 NEBE, ROXY , BOBYCENTRUM , etc.He signed exclusive contract with PHUEL ENTERTAINMENT AGENCY and moved to USA - Chicago in 2010. M.T as second Dj in history of Czech Republic enters WINTER MUSIC CONFERENCE - WMC Miami Florida.In the same year he releases many new EPs and cooperates with many famouse singers as: Akil Wingate , Barbara Tucker , Christina Skaar etcHis Mixes are played on the best radio stations all around the world : Radio 1, EYE1 Radio, Differente Grooves on the Air etc.In 2011, Marcello Totti moved to a world famous island of IBIZA !!!!He is first DJ in the Czech Republic who has his regular pool party in the Hotel complex Migjorn. He plays in the most famous and most prestigious Clubs in the world as : , Eden Ibiza, , Mansion, Beach Palace , Savannah, Ithaca and many others. Now MT working in one of the most famouse singer in Czech Republic with Samer Issa and they going to Ibiza together this year shoot new amazigne Videoclip for new track Ibiza Night ;)