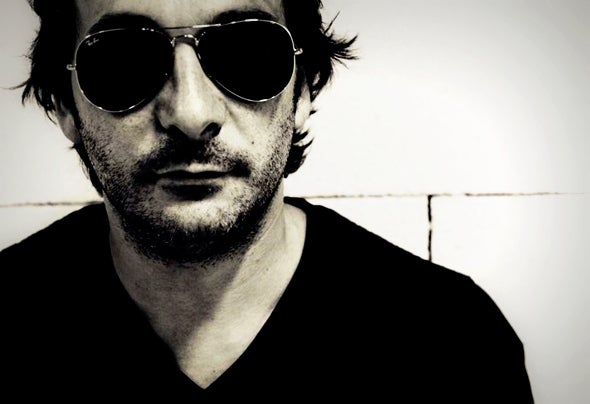 Born in Brescia on the 11th of December 2011 still lives in his hometown which he considers the best town in the world. Real Name: Diego Abaribi. 1989 He started his career when he was just 17 working as a Dj in a small club near home, and soon became resident Dj and had the chance to work together with special Guest Dj such as Claudio Coccoluto, Ciuffo, Franco Moiraghi. 1990 At his 19 he entered the discographic industry starting at Time Records, an independent label at its beginning. He has been the first Dj who ever worked there and so he started producing dance songs under different names such as Aladino, Silvia Coleman, Antares, Dirty Mind; During his 5 years as Dj Producer he sold more than 6 millions copies in the whole world. Nowadays he still loves looking back to his past satisfactory projects like Aladino (more than 100.000 copies sold in Italy), Antares (more than 500.000 copies sold in Europe), the co-production with The Outhere Brothers and the single Don't Stop that won the Platinum Album in the UK for selling more than 1.000.000 copies in the world. After touring Clubs, Rave and Festivals all around the world he took a break and opened his own independent music label: MELODICA. 2001 Under His label he gains immediately great results. Many of his productions, such as Plummet, Outwork, Eddy Wata, Get-Far, reached the top 20 in the world dance music chart. Melodica produces tracks, manages Djs and handles publishing paying attention to the digital market. In 2010 Diego decided to bring back his personal project, under the name DAB he signs remixes for Tiesto, Azzido Da Bass, Benassi and many more and he is selected to mix Pacha Summer Compilation. Moreover he is about to release his first single that he defines smooth, but rock! Thanks to an agreement with Pacha Recordings he got back to his activity as a Dj in Clubs touring in many Clubs around the world, mainly at Pacha's and so he gives a taste of Italy to the most prestigious clubbing brand in the world.