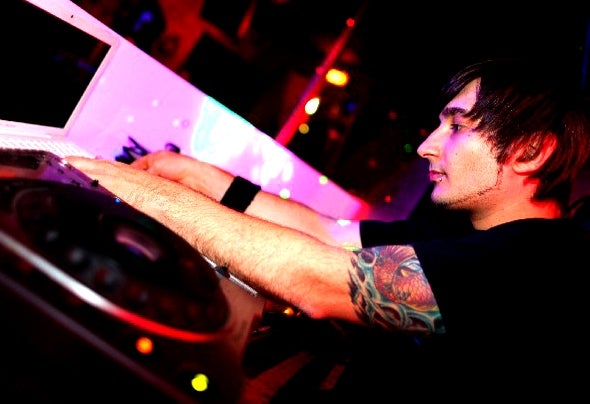 Starting off as a promoter for several event agencies at the end of the 90s, Marco Maniera began his musical career a few years later with his first DJ sets at some very noticeable clubs. Playing alongside to acts such as Patrick Kunkel (Cocoon), Hobo (Minus), Hanne & Lore (KiddazFM) or Martin Eyerer (Kling Klong), he manifested himself in the international club scene indeed. in 2005 he also started producing his own music, in order to present his idea of electronic music to the crowds out there.And he's been very successful with that. This is also due to the massive support of his tunes by international superstars like Richie Hawtin, Umek, Mihalis Safras or Mladen Tomic. His music has also been released on great labels such as Night Light Records, Frequenza Records, Saf Series, Natura Viva and 040 Recordings.Another proof for his great success is the fact that some of his tracks even charted the Top 10 on several internet platforms. But success is not what Marco is longing for. It is the passion to music that drives him.Marco describes his sound as peaktime music, which it is for sure - pumping, straight forward and always at the pulse of time. He is always up to date but never runs after any trends; sometimes he even sets them himself. Since 2011 Marco is working closely together with his partner Alex D’elia and he also founded his own first label “Starcake Records”, with which he is going to support newcomers that he likes in the electronic music business. Besides that, Marco's also working on a live setup which will be a totally new experience to the audience, once it is finished. So we can expect some more hot new stuff from Marco Maniera in the near future - and we can be sure, it will be awesome!Born in Bologna (Italy) and now living in Hannover (Germany), Marco still is an Southerner at heart - ambitious, passionate and full of life! That characteristics also reflect in his music, which is a furious mixture of House, Tech-House and Techno. “I just love the way that our music builds up a sense of pleasure in the people.”, says Marco. Quality music with a huge factor of party - that is his goal and there is no doubt, that he will be reaching it someday. Marco Maniera is definitely an artist to keep an eye on in the next years!