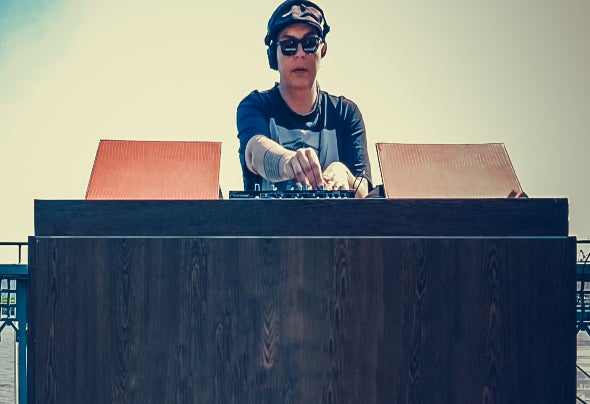 “Music has always been the most important part in my life “ - Stereophonie The renown DJane also started to produce music roughly 10 years ago and talks passionately about it: “I’m in love with it!”, she smiles beaming with joy and keeps talking about her passion that she is dedicated to from early in the morning until the night. Stereophonie, whose nickname is „Irie“, lives and loves music. “Everything I do is about music“, she says about herself. Music has always been an important part in her life. Irie was born in 1984 in Hamburg, as a child of a German mother and a Croatian father. When she turned 10, she discovered record players and turning the tables. She quickly discovered her talent so that at the age of 16 she already was a popular DJane that worked at parties and in clubs. In those days, she mainly played R’n’B, Dance Hall, Funk, Soul and Hip-Hop. But it was in particular House Music that has always been her passion. The sound of Stereophonie varies and it still has a common theme. It is about groove. It is about varying drums, snares and percussions. It makes you wanna dance to it and it hypnotizes you. Sometimes it is deeper Detroit-Tech-House. Sometimes she plays with occidental, oriental and Balkan influences Irie is a complete autodidact, passionate music lover and extremely ambitious. She thoroughly prepares every set and produces her tracks highly professional. She is also the Label head of Les Amants.