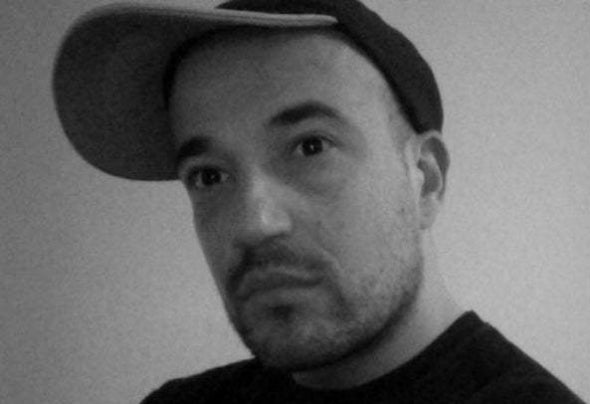 Migel Gloria began 1994 mixed Electronic Music and 1998 producing Electronic Music.He mixed in local bars from the beginning and then moved on to larger venues with a bigger and better audience which brought all the fun. He felt the biggest fascination for the Beats in the electro area therefore soon arose the opportunity to put the unusual sound on Saturdays in the year 1995 in the first "Schwedenkeller" Lindenberg/Allgäu Germany… fast it become common knowledge to listeners and mix Tapes were bought and therefore DJ MIGEL was born. In the course of the mixing he organized Parties such as “Spirit of Spain", “Acid connection 2”, “Fiesta Night of zone” and so on. In 1996 Migel purchased his first Turntables and got the chance to DJ in “Club Ozon “playing Techno, House and Trance. Different directions were approached and he had decided to create his own hot propelling sets. In 1998 DJ MIGEL fully inspired of electro inspiration moved on to Berlin where he landed in the legendary Cafe Amsterdam and roughed up the Berliners with his sets. Also whilst in Berlin he landed himself with an Open-Air-party. Electro Beats and Sounds of his own inspire him to up to Date Beats and he does not let go. A hard stroke of fate came on the last set and DJ MIGEL in the tents in Berlin had to break off and return in the old native country, the Allgäu. Home came and a load of enthusiasm to take part in the biggest Discotheque of South Germany called "E.D.Elephant" in a DJ's contest. He persuaded the audience with his spanish charm and incredibly propelling sets … and therefore he got the post as a Resident DJ. In 2000-2003 he could follow in the "E.D.Elephant" fully and completely his passion, on Thursdays with Trance in the Club "Extreme", on Fridays with his club sound in the Main sound and on Saturdays in the Club Inca with his hard Mono Techno. He had the lead by people like to call Privilege Ibiza tour “ only around some to play together. If it was admitted at the time, it still lay in various other clubs like club Power station, Club Subsonic be a Club Douala and as resident in the Club Bleifrei organizer of the events Fiesta Night Zone and Ritmo Electronico. Time followed and sadly Migel had a heavy car accident and this postponed his career at the time from being DJ MIGEL and he had to withdraw for a while from the DJ's business. Then in 2008 the desire backed him again and he decided to continue with the new proud name MIGEL GLORIA. Again back in the DJ world he organized parties "Ritmo Electronico" in the Clubs and Radioshows „ cathedrals in which he is to be heard meanwhile also regularly and to be seen.He works every Sunday to Resident DJ for Ibiza Radio One Show and monthly Underground Sets on TOP Music Radio in Spain.He Release on Red Channel Records in Canada,DTL Records in Columbia,Technodrome,Subwoofer Records,Fresh Cut and releases on many Electronic Labels worldwide.Label Manager / Owner / Producer / DJ by NO PAIN RECORDS (Germany) Full support:Joseph Capriati, Sam Paganini, Luigi Madonna, Marco Carola, Paco Osuna