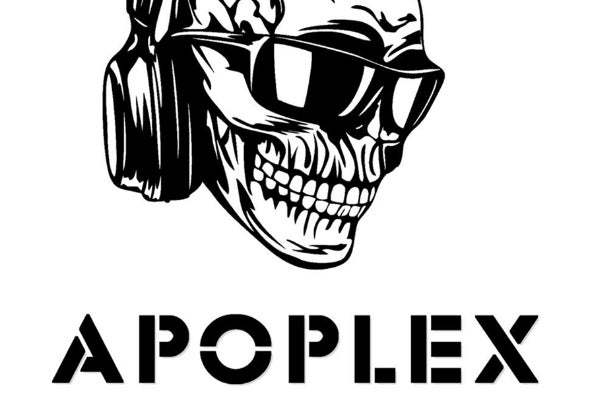 Apoplex was born in Kassel in 1969 as an American-German. At quite young age he recognized that music is the kind of thing that helps you to feel much better on this planet. He used his cassette recorder, just like several other teenagers of his age, to record Mel Sandocks radio session every wednesday. But simple single tracks was boring so he started "connecting" the tracks.. first steps of mixing music. 1984 he played his first owned RAP and HIP HOP records. 1987 he visited for his first time a club that was playing Acid House, a milestone in his life, because that dragged his complete attention to Acid, rave, House, tech-house and Techno or goa.. styles he keeps playing up to now. But his true wish ever was the creation of his own sound. While he was mixing for his own perfection, he always criticized himself so much that only by his friends he finally gotconvinced to accept challenges on public DJ contests for newcomers. with his friends knowing that his style was great, he finally won the contest and became a resident DJ in one of west germanys famous clubs. Organizing gigs and events guaranteed him quite quickly a well known position among the DJs in west germany, especially since 2000 where he constantly appeared on the Nature One camping village stages. His first international experience came 2014, visting China and playing one week as special act DJ in a city close to Shanghai. Although he sometimes worked on his own tracks between all this time, since 2015 he is focussing intensivly on the creation of sound that closes the border between Techno, dark-techno and with a little spicy oldshool, rounding all up by bass and finally pushing it up the ladders on diverse music platforms.