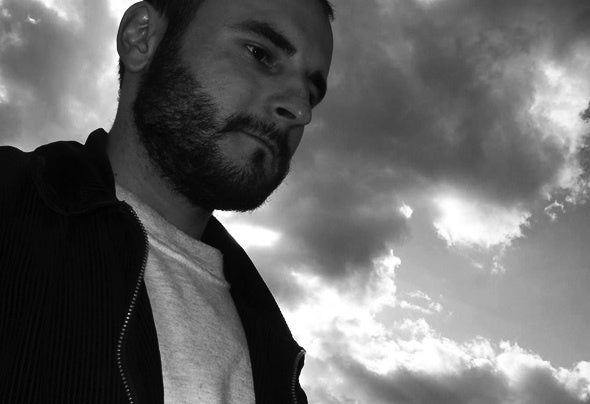 Mike GZ a.k.a The Preacher a.k.a Angel RuizarThe artist Mike GZ a.k.a The Preacher a.k.a Angel Ruizar, with real name Miguel Ángel Gómez Ruiz-Aragón, was born on November 28, 1980 in Manzanares, Ciudad Real (Spain). He is Industrial Engineering for Castilla - La Mancha’s University (Spain).His first contacts with electronic music back to the early 90's, with the most commercial of the moment. It was really at the end of this decade, when through some college students, known more underground electronic sounds when listening to a DJ-Set a Madrid artist well known in the capital and throughout the national territory, DJ Muerto. Following this listener, is "hooked" to this type of sound: pure Techno. From there begins to search for artists of the forms of electronic music underground cutting the most varied, such as Aphex Twin, Orbital, Leftfield, Underworld, Cristian Varela or Oscar Mulero, among others.In early 2000, he tunes Z one 3, on Radio 3 (National Radio of Spain), radio music program (missing the "Hertzian waves"), dedicated to electronic music, which was broadcast from Madrid for the entire national territory , and much of the globe via satellite, presented and directed by radio host Valencia sadly missing in 2009, Sonia Maria Briz, in which space hears a set of the reputed and Cristian Varela at the time, which leaves you struck by the extent and bottom thereof, and characterized by the technique of this artist. And so, as after hearing the radio program in meetings of other national and international artists such as Monika Osmo (former resident of the former La Real Oviedo, Asturias), English Julian Liberator or American Dylan Drazen, as "trapped" by the magical voice of the presenter, Sonia Briz, is faithful follower of Zone 3. Through Sonia and her program, knows the true and genuine movement of the more underground electronic music culture, led by the electronic form par excellence: theTechno. Little by little, to become familiar with other forms of electronic music, great musical knowledge and learning through this musical program.Following this, and the interest generated by the program starts searching again all sorts of information about artists and avant-garde electronic rounds, and is becoming commonplace as public Techno clubs as prestigious as Family Club, in Sonseca, Toledo (Spain), among others on the southern outskirts of the capital, Madrid, as Liquid (Aranjuez) or Groove Dance Club (Pinto).At the end of 2003 is attending a DJ's organized by the Local Council of Youth in his hometown, Manzanares, in the Youth House, where he learned all the basics in the work of a DJ. Following the course, bought his first turntables and began to make their "first steps" in the world of dj-mixing, sending the result of that learning sessions Sonia Briz for analysis and release in Zone 3.In the summer 2004 he created with a group of friends (fellow students of DJ's), the collective-association Electronic Sound, with those organized by various local activities, such as courses of DJ's, parties Techno without alcohol, and the radio the same name, Electronic Sound Radio, local radio station Onda Mancha Manzanares in the 107.7 FM and online at www.manzanares.es, which currently manages and presents Mike GZ alone. Electronic Sound Radio can be heard through the two routes mentioned, Thursdays and Saturdays (replenishment program Thursday) from 19:00 to 20:00 h.Mike GZ has represented in various competitions Electronic Sound DJ's performed at the provincial and national levels, and has participated in national and international level models, such as those organized by the webmasters specialized in techno music, www.offtechno.com (now disapear it), or those made by Cesar Almena and DJ Nuke as directors and presenters of the radio program in Madrid dedicated to electronic music, Techno Culture in Pirana FM station (Madrid), www.piranafm.com, now on unika fm radio (http://www.unk.fm), organizers turn of the CODE series of parties, events that have taken place in the room Fabrik, Madrid (Spain).In the mix, Mike GZ opted for the harder sound of techno, selecting productions of artists such as Michael Burkat, Lars Klein, Glenn Wilson, Dylan Drazen, Oscar Mulero, Exium, Reeko, Christian Wünsch, Pacou, Joton or Bas Mooy, among others. Currently, Mike GZ has also made its production under the pseudonym "The Preacher", some of which can be heard on www.myspace.com/ thepreacherakamikegz or http://s oundcloud.com/mikegz .Since May 2010, is part of “Deep & Beat Collective” with artists Miguel Perez, Renate, Jose Antonio Layos & french artist DJ Feder, sought by the many musical projects in the electronic music scene in Castilla - La Mancha region (Spain), and beyond its borders, which are yet to reveal. From the turning point in his career, Mike GZ has meant for to be part of this collective of artists, like Angel Ruizar also devotes a lot artistic sounds less "hard", such as Minimal Tech, Tech House or Electro, including various forms of techno and classical purist, giving free rein to his artistic concerns within the broad spectrum of electronic universe, exploring all kinds of sounds that allow you to increase your musical background, and which eventually will influence on which to base its development as a music producer.