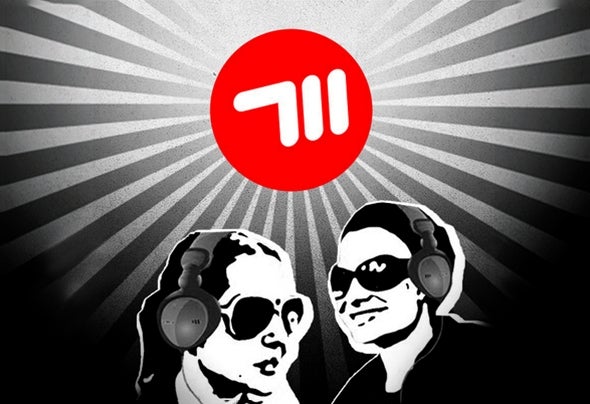 711 is a female techno act that is raising more and more eyebrows on the underground music scene with their performances as well as artist productions. Alja is more experienced of two girls and a known figure on alternative scene. Her sidekick Ursa on the other hand is part a DJ, MC, producer and designer, with the background in the hip hop scene, and the one who brings into the project fresh energy that most of established artists are so eagerly looking for. To sum it up: girls are well situated on the alternative scene, have versatile interests, but it’s the energy of techno that brought them together.Labels: Messerheld (D), Trackord (D), Musikpropaganda (D), Coalition (SI), Tainted Buddah (SPA), Incense (SPA), Tainted Hefestos (SPA), Perception Corp (BRA), Noise Planet (USA), Electrico (USA).