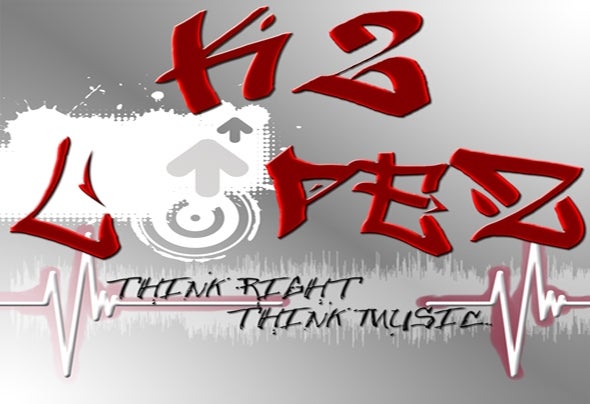 Born in Germany, 'Christian Zuin' known as 'K2-Lopez', has lived bet ween his nat al count ry, It aly and Spain always fascinated by music that he defines as “A world where I found my real emotions, what I do, what I am.” Under his belt has 8 years of piano lessons, and at age of 14 he got attention of electronic music starting to produce some things at home. At age of 18 he started to explores electro-house intrigued by the wide variety of remixes, edits and everything aired on the radio, he say “I wondered how many kinds of music styles are able for mixing with”.“Signs, Nights & Flights” was the answer to his main question and his first CD produced 6 years later. Ethnic sounds, 80s mood and hip-hop style are the elements of his CD production. But if as a producer K2-Lopez is going t o t he t op of building, as DJ has gained reputation and support having played in Italy, Germany and Egypt.Actually he is producing new albums influenced by a wide variety of sensations and sounds, collected from the treasures he has found all over the world. His style evokes a euphoric state, a way to exist, is the collection of sounds cached by an open mind and an open hear.He creates energetic tracks that safely will take care of the best moves at the dance-floor. With sticky sensuality and infected rhythm, it puts the red carpet bringing the best moment of the night.K2-Lopez always returns with albums full of sensuality with sold beats that bringing us majestic moments at the dance-floor and beach. With Clubby attitude, but also with Rocker nuances, it reveals sounds that surely will call attention by their dynamism.