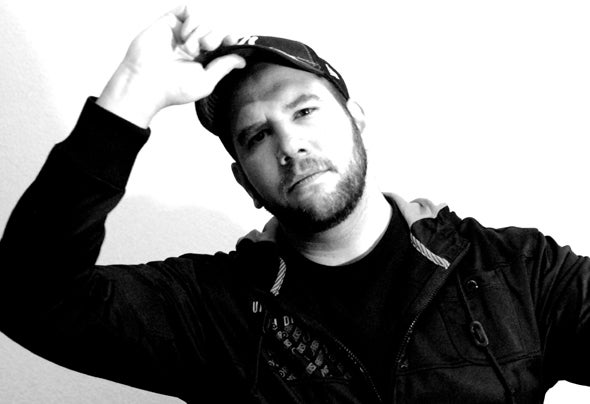 Nick Harvey, a DJ/producer/audio engineer from Zurich, Switzerland who recently created his own music label, Nick Harvey Music, is on the verge of breaking out of the pack of his peers. This was not something that happened overnight however but an evolution with an eye towards the future. Harvey began his career as a DJ in 1995, playing some of the largest gay parties in his Country, including the Black Party in Zurich and True Colors in Berne. As someone that pushes himself, Harvey has began traveling across Europe, including regular bookings at Delicious in Vienna and NY Club in Munich. Harvey came of age listening to and enjoying techno and hardcore but feels most comfortable surrounding himself in the sounds of New York’s tribal rhythms. With a degree in audio engineering he set out to make the music that he loved so much – Stomping tribal drums, massive build-ups, beautiful diva anthems and beats meant for the runways of packed dance floors. Indeed, Harvey has spent several years fine tuning his craft and sound and credits several producers and DJ’s as inspirations including, Peter Rauhofer (U.S.) and DJ Escape (U.S.). But it was one New York legend that Harvey really connected to and eventually, began a mentoring relationship with: DJ/producer Junior Vasquez. After continuing this association for a three year period, the two officially began working together on several projects in 2008. With Harvey on board as Vasquez’s audio engineer, the pair crafted remixes for top acts such as Britney Spears (“Womanizer”, “Circus” and “If You Seek Amy”) and, Pink (“Please Don’t Leave Me” and “Sober”). Harvey has also impacted in the U.S. with remix productions of his own for several artists, including “Never,” a number one hit for internationally known dance diva Kristine W., and “Drop a House ‘09” by DJ DeMarko ft. Heather Leigh West which was released on Tommyboy Silver Label in the U.S. Add to that the list of exclusive mixes crafted for Junior Vazquez’s dance floor – including Harvey’s update of Diana Ross’ “Take Me Higher” which still has crowds erupting in cheers a year after Vasquez debuted it – and you have an extensive catalogue of work. Nick Harvey Music was the next logical step in Harvey’s career. It is Harvey’s way to build upon his early successes and experiences in the music industry; his way of taking matters into his own hands. Nick Harvey Music will release songs that may have never gotten heard due to the climate in the music industry today and hire remixers from across the globe to create its rhythmic soundscape. The first major signing and release was “Struck by Luv” by Lectroluv ft. Alvaughn Jackson. With his defining sound and label in place, Nick Harvey is ready to make his mark across the globe and steer the tribal sounds and anthems of New York towards the future. Join the ride. © 2012 Nick Harvey Music | Written by Scott McDowell