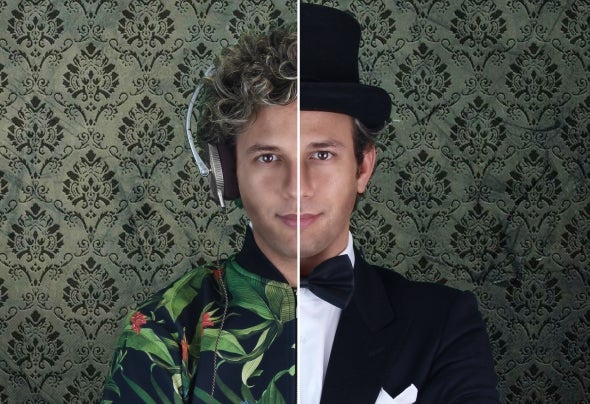 GianLupo was born in Dominican Republic from Italian parents. After spending three years dipped in the Caribbean island's misteries, they moved back to Italy. At age 10, he approaches Modern Magic, alongside a great passion for music, and performs at his first magic show as "Italy's youngest magician", during an International Gala in France, at Casino Ruhl.On 2009, he graduates in Literature and Philosophy at Universitá Cattolica of Milan and decides to deal exclusively with illusionistic art and music productions. Over the years, he improves his many skills performing and studying around the world, which leads him to the creation of amazing performances that combine magic, music and technology."Gianlupo Magic Records" is the record label founded on 2015, based on the idea of offering innovative electronic music. At present, Gianlupo is an international performer who has taken part to several TV shows, including Britain's Got Talent.The passion for music drives him to produce songs with different styles, all characterized by a refined musicality and a particular originality.AS SEEN ON Italia's Got TALENT *****FB: https://www.facebook.com/GianLupoMagic Instagram: https://www.instagram.com/GianLupoMagic SoundCloud: https://soundcloud.com/gianlupomagic