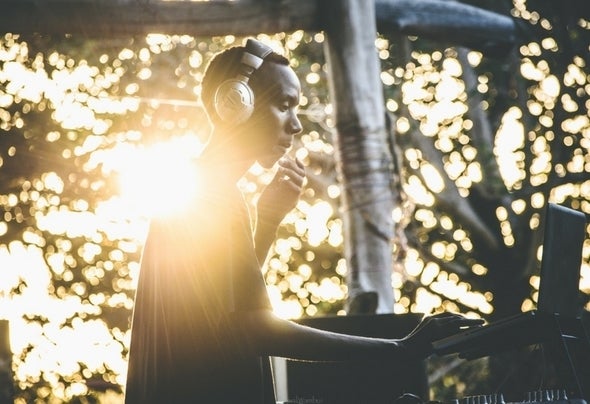 KMRU is a strong, independent and unique individual whose sensitive and abstract musical flow delivers diverse sounds with soul, warmth, ambient and a touch of nostalgia. He has worked hard over the past 2 years to make his mark on the Nairobi underground music scene and his deft arrangements and productions have landed him in the spotlight in Germany.Sacrificing his social life to further his music, 20-year-old Joseph Kamaru (aka KMRU) slaves away in his bedroom studio producing music. His appreciation for his electro, downtempo, ambient and diverse productions stems from artists he is greatly inspired by: ATTLAS, deadmau5, Perera Elsewhere, Sandunes and many others. He is always producing and collaborating with artists both in Kenya and Internationally. Currently, KMRU is working on major collaborations for 2018 with Pablo Fierro, Poetra Asantewa, Jackie Queens and others to be revealed. In 2018 he continues his journey; KMRU is already working on his 2nd album, as yet- unnamed. KMRU anchors his music in the space where electronic music, nature, and life intersect