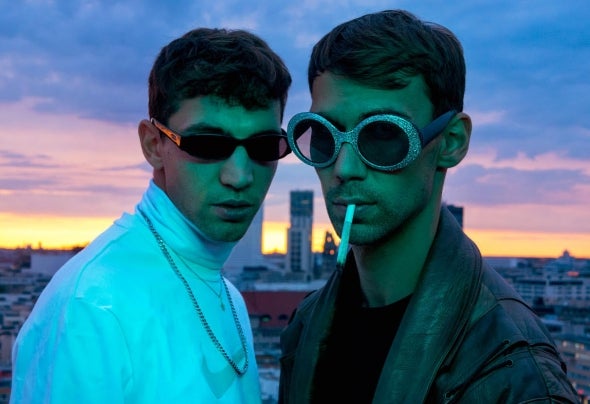 German electronic duo FJAAK produce driving, energetic dance tracks which range from reflective power house to storming warehouse techno, with occasional U.K. garage, dub, and breakbeat hardcore influences. Gritty yet sensual, their tracks are composed entirely on analog equipment. Based in Berlin, Felix Wagner and Aaron Röbig had been making music together since childhood before they began producing techno as FJAAK during the late 2000s, while they were still teenagers. Their first release was 2012 digital EP Introduction on Baalsaal Records, which was followed in 2013 by their first vinyl releases, Remember Me (Klasse Recordings) and Mind Games (Baalsaal). Following another release for Klasse, 2014's Po' Folk, FJAAK signed to Modeselektor's 50 Weapons imprint and released several 12" singles, including a split release with Rødhåd. When 50 Weapons folded in 2015, Fjaak moved to Modeselektor's main label, Monkeytown. Single "Wolves" arrived at the end of 2016, and the track appeared on the trio's self-titled debut full-length in early 2017. Directly after joining this rooster they began to focus more on their own labels: "FJAAK" and "SPANDAU20" which release schedules are tightly packed for the next one or two years already!